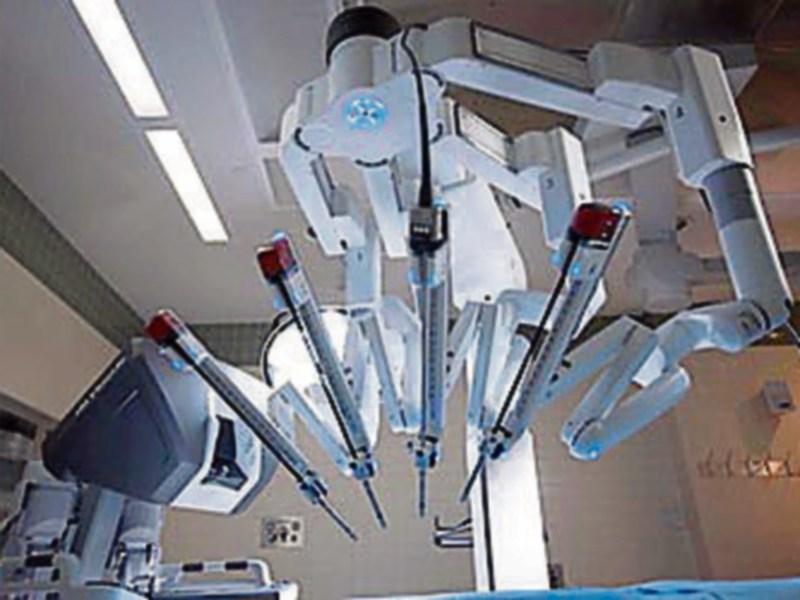 UHL is due to unveil its new, innovative surgical robot later in the year

A NEW innovative remote-controlled surgical robot has been installed at University Hospital Limerick, marking a further advancement in cancer treatment in the Mid-West.

The Limerick Leader can reveal that the unique machine — the Da Vinci Xi Dual Console Robotic Surgical Platform — is the first of its kind in Ireland, and has received major international praise amongst worldwide medical circles.

It is confirmed that the new high-tech device has already performed keyhole surgery on several patients at UHL.

The surgical robot, which is fitted with numerous arms, is hand-operated by surgeons and is understood to be less invasive than regular forms of surgery that require precise incisions and, afterwards, months of recovery.

Described by UHL as a “magnificent, state-of-the-art” system in the hospital’s surgical advancements, the new device is believed to be effective in relation to cancer care. Though robotic surgery is not a new medical phenomenon, the Da Vinci Xi can operate on a number of different parts of the body, with more accuracy, at the same time.

The Da Vinci device was donated by the Mid-Western Hospitals Development Trust, which received funding of more than €2m through the JP McManus Benevolent Fund.

Welcoming the installation and funding of the device, the UL Hospitals Group said: UL Hospitals acknowledges and thanks the Trust for this generous donation and the continued, invaluable support which it provides to UL Hospitals.”

According to the spokesperson, a number patients have already been operated on, using the new system.

“It is used to perform the most advanced form of keyhole — or laparoscopic — surgery across  a number of surgical disciplines, including colorectal cancer and cancer of the kidney. The Da Vinci robotic platform offers unrivalled precision and accuracy in surgery with benefits to the patient including reduced recovery times and reduced postoperative pain.”

The theatre for bowel cancer patients, which was launched in June 2013, was also donated by the Mid-Western Hospitals Development Trust, and has been described as the “most advanced in western Europe”.

Specific, minimally invasive keyhole surgery is performed in this state-of-the-art theatre, which received support from the JP McManus Charitable Foundation.

The Trust also helped launch UHL’s new €3m neurological centre and stroke unit. A number of organisations, including the JP McManus Trust, Parkinson’s Association and Cystic Fibrosis Association of Ireland contributed to the project. A launch for the Da Vinci robot is due to take place in the coming months.