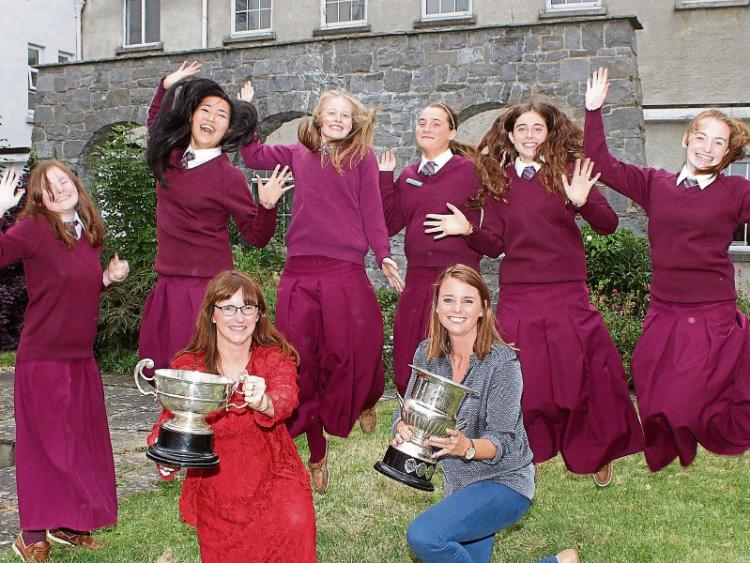 The table, which ranks Ireland’s top 400 secondary schools, is based on the percentage of students progressing to university averaged over three years. Laurel Hill Colaiste FCJ has sent an average of 93.6% of its students to third level institutions since 2013.

Principal at the school Aedin Ní Bhriain said that she is “delighted and very proud” of everyone involved.

“As a school, we’re a community – like a big family – and we all work together for the care of our students.

“It’s great for the students, the teachers, the parents, everyone associated with the school,” she enthused.

She claimed that earning the top rank was a result of the hard-working group of students, teachers and parents associated with the school.

“There’s a very strong work ethic here in the school. The girls who choose to come to this school are prepared to work hard and this is very important, but equally important is their commitment to each other. In FCJ, the C stands for companionship,” she explained.

“We actively encourage ambition among the girls to give their best in everything they do, be it an exam, or playing a piece of music, or going out training.”

Ms Ni Bhriain, who has just started her 12th year as principal, said that a strong sense of tradition is what keeps the school on top.

“I’m principal here since 2005 and I’m proud to say as well that I’m a past pupil and so is my mother.

“This school is here since 1935 and I think that a strong sense tradition is a huge help to our school.”

She also said the over 400 students in the school not only excel academically, but they also achieve in sport, music and all “other areas of school life”.

In terms of Leaving Cert results, Irish is a high points earner amongst the students, but that there is a “consistency across all of the subjects” with about two-thirds taking the higher level maths paper each year.

“It is difficult to choose any one subject, but one thing we’ve noticed is that the area of science is very strong,” she added.

The table on the right shows each of the Limerick schools that made the top 400, and their rank.