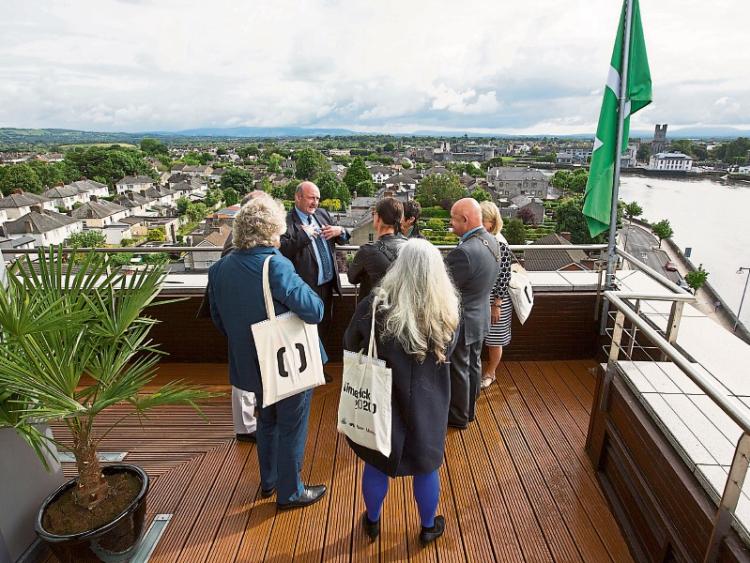 Some of the European Capital of Culture selection panel with Pat Daly and Mayor Kieran O'Hanlon on the top floor of the Strand in July Picture: Sean Curtin

THE European Capital of Culture selection panel has said it was “concerned” that proposed additional funding for culture in Limerick “by the city was not clear”.

The claim is contained in the final report by the selection panel. The prized European designation was awarded to Galway after six of the ten person panel voted for the city in a secret ballot after the panel “did not reach a consensus on a single candidate”.

The panel was critical of Limerick’s bid, budgeted at €37m, in a number of areas, particularly in a perceived failure to co-operate with “schools, youth groups and higher education students”, efforts it said were “underdeveloped”.

“Given 50% of Limerick’s population is under 30, this was a surprising omission,” the panel reflected.

It said that strands of Limerick’s artistic programme were “not strong or distinctive enough to identify variations in the programme for public understanding” and did not seem to “build on the 3,700 students studying creative subjects at higher education in the city”.

The panel also said it was “not certain” about projects intending to meet more social objectives through culture or their sustainability. It noted that the €1.8m Lifting the Siege event - due to start in Moyross - would be “spectacular, but the panel would have expected more details on longer term, multi-year projects, especially in the areas of social exclusion”.

However, Limerick was praised for improving its European dimension after the pre-selection phase, for which it came in for criticism at that time, stating that the “inclusion of over 170 partners from Europe demonstrated a positive approach”. It also said that the “financial and management plans were solid - except for the slow build-up of projects”.

“The programme was designed to appeal with its open major events during the year; this appeared an over-reliance. The panel was less certain at this stage over the degree of engagement of citizens (rather than their undoubted enthusiasm) in the development which had been a strong point at pre-selection. The bid appeared more top down than at pre-selection.

“The panel could see the benefit of the ECOC towards its objective of continuing or maintaining or enhancing the city’s reputational change but less so in its aim of sustainable job creation beyond the already planned development centred on Troy Studios,” it added by way of conclusion. 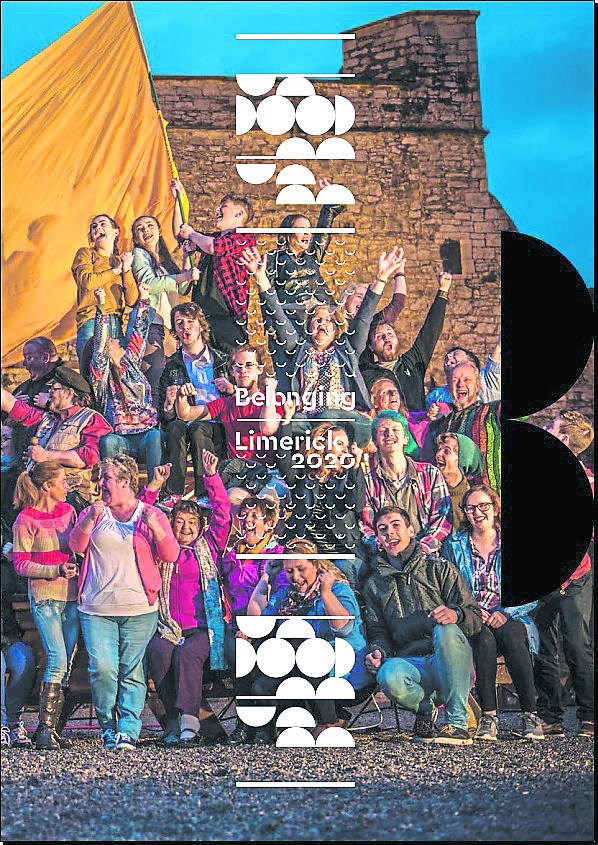 There was praise also for the Limerick’s bid on a ten year evaluation of the project, managed by UL, which the panel recommended now be implemented in tandem with Galway.

The winning city emerges largely unscathed from the report, despite concerns over staffing in its ECOC company below senior level.

The panel said that “all bids had many strong points as well as weaknesses”.

“All three cities have a vibrant, although very different, cultural offering, with a special emphasis on high quality festivals,” it noted. “The selection of an ECOC is based on the programme set out in the bidbook, not the current cultural offer in a city or ‘business as usual’. The panel recognised three strong bids reflecting different situations in the three areas.”

Responding after the report was published online this Wednesday, Mike Fitzpatrick, director of Limerick's 2020 bid, said the team would take "all the feedback from the selection panel’s report on board and are now looking forward to bringing a proposal to Council over the coming weeks about how we can take advantage of the opportunities presented to us, make our cultural heartbeat even stronger and increase the level of support that Limerick has achieved".