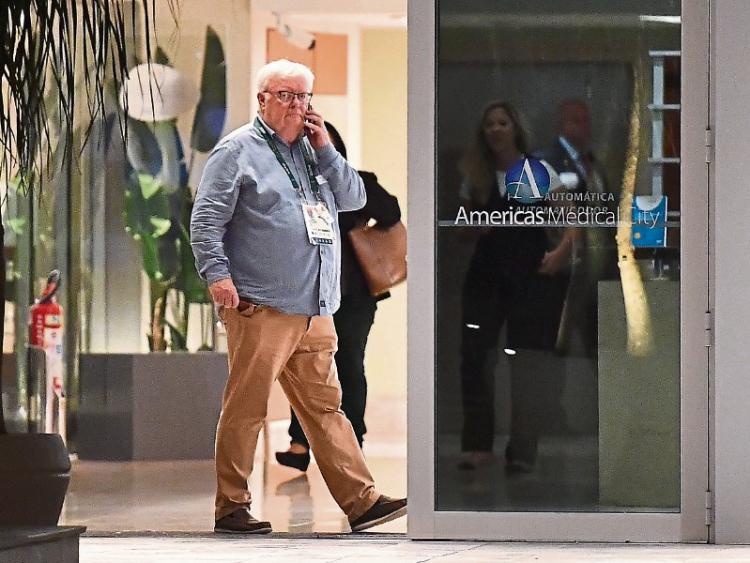 THE LIMERICK man who was caught up in the controversial ticketing scandal in Brazil has yet to retrieve his passport from authorities, after police confirmed that his involvement was “excluded”.

A spokesperson for the Olympic Council of Ireland told the Limerick Leader that Dermot Henihan is “still waiting on his passport to be returned and it is unclear when exactly that will happen”.

He said on Tuesday evening that he "did not know" when he was going to return home.

Dermot Henihan, of Lansdowne Park, was interviewed by police in Rio de Janeiro as part of an ongoing investigation into the former OCI president Pat Hickey, who was arrested on suspicion of facilitating ticket touting, forming a cartel, and illicit marketing.

The Olympic Council of Ireland honorary general secretary, who is closely associated with St Michael’s Rowing Club in the city, was one of three OCI officials to agree to be interviewed by police last week.

After being interviewed by Rio police, the Limerick man fell ill. He told the Leader last week: “I am feeling fine. I am just very tired.”

When asked if he knew when he could fly home, he replied: “I genuinely wish I did, but I don’t.” When asked if he would be relieved to go home, he said: “Of course I am, but if I had my passport, as I have not got my passport yet, and that is a very tedious process here.”

Friends here have said that it is “obviously a very upsetting and distressing time” for him, his family, and colleagues in Limerick.