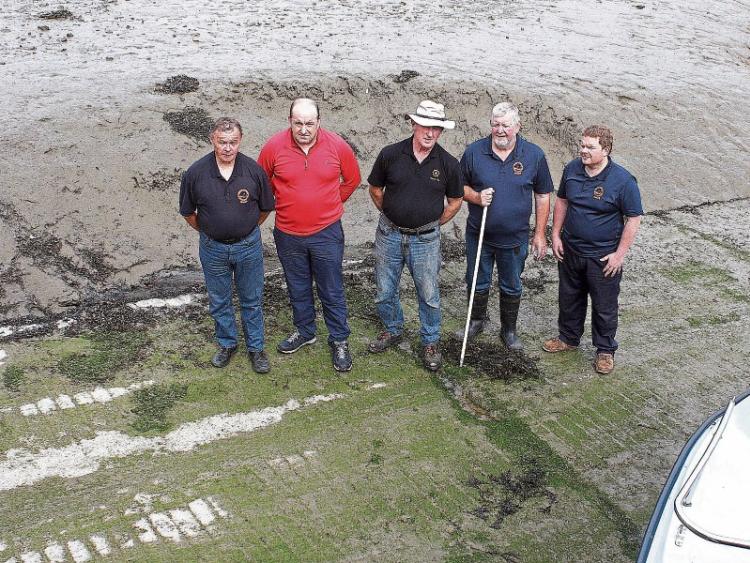 Limerick City and County Council has confirmed that it is to clean a pier in Foynes in the coming weeks after the local search and rescue group warned that the poor condition of the slipway was hampering its ability to respond quickly to emergencies.

The pier in the West Limerick village that is used by Foynes and District Search and Rescue is covered in a layer of slippery green algae making it difficult and potentially dangerous for the group to launch their rescue boats.

This is similar to the green algae that coated the Buncrana pier in Co Donegal where five members of the same family died in March after their vehicle slipped into the water.

The problem in Foynes is compounded by the fact that the channel from the pier into the deeper water of the estuary is heavily silted up, meaning that the the search and rescue team cannot launch their boats less than two hours either side of low tide.

“We had a call out to an emergency in the past fortnight and the jeep [which tows the boat] was struggling coming up the slipway,” explained Joe Moran, one of the search and rescue volunteers.

“It is one thing having to go out in bad weather and dangerous conditions but knowing that you’re going to have to deal with that as well when you get back doesn’t help.”

Joe’s son, Keith, another volunteer with the group says that the poor condition of the slipway, combined with the mud in the in the channel means that there are effectively 10 hours in the day when they cannot launch.

“You cannot leave for at least two hours either side of low tide - that’s up to five hours per tide which is 10 hours per day,” he said.

“When the tide is low, you can’t come in over the mud.”

Joe claimed that the slipway in question was previously maintained by the Foynes Port company but that in recent years this has not been the case.

“From Galway to Waterford along the coast, every slipway is maintained but you have millions of euro in commerce coming through here and they do nothing,” he said.

The slipway was originally part of the Monteagle Estate but there has been some confusion over who now has responsibility for the slipway, with locals unclear whether it is under the authority of Shannon Foynes Port Company, Limerick City and County Council or the Office of Public Works.

In the past, however, it was maintained by the Foynes Port Company.

“Years back, when there was only one crane here and about two people working full time in the port, it was kept spotlessly clean,” Joe said.

Following a query from the Limerick Leader, a spokesperson for Limerick City and County Council confirmed that it now has responsibility for the pier.

The council also loooks after those in Ballysteen and Glin.

“A clean-up of the slipway at the pier in Foynes is scheduled to take place in the coming weeks,” the spokesperson confirmed.

“Staff will be applying a special algae removal spray onto the slipway at low tide.

“Special signs alerting users of the slipway warning them that the surface may be slippy are also being erected.

However, he added: “The water at the bottom of the slipway in the port is heavily silted up. Shannon Foynes Port Company would have cleaned this up previously and we would expect that to continue in the future.

“Dredging to and from it is also not under our remit but we have dredged it in the past as a goodwill gesture.”