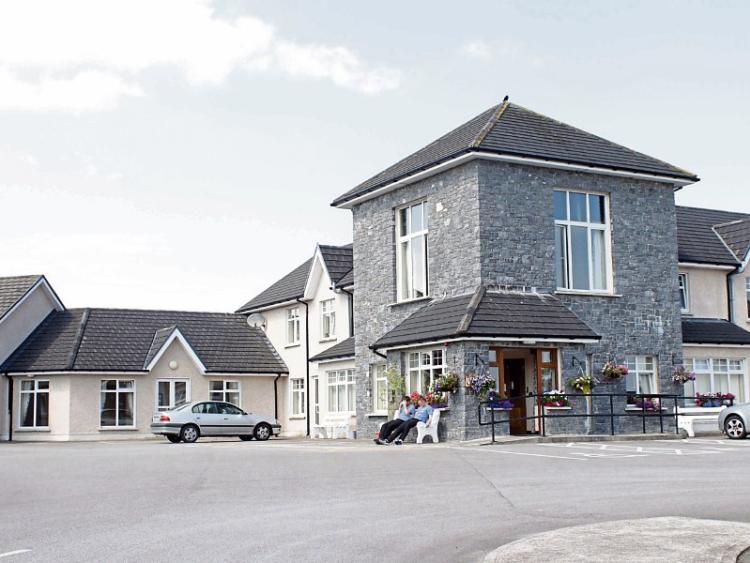 THE DAUGHTER of the elderly woman - who was left in a bathroom overnight in a County Limerick nursing home - has contacted this newspaper to tell of her family’s “upset” at what happened their mother.

In last week’s Limerick Leader, management of St Michael’s Nursing Home in Caherconlish made a full statement on the incident, gave details of reporting it to HIQA and the disciplinary action taken.

The lady’s daughter, who doesn’t wish to be named to protect her mother’s identity, is calling for HIQA to carry out a “full and frank investigation into how this incident could have occurred and to ensure it never happens again”.

She says her mum, who has Parkinson’s disease and is confined to a wheelchair, has barely spoken of what happened when she was left in the bathroom overnight.

“Two helpers put her to bed, they wheeled her into the bathroom and sat her over by the sink, they didn't put her beside the bell. They stretched the bell over and let her go to the toilet but nobody came back. The bell fell out of her hand.

“Her voice isn't strong enough for her to call out – with Parkinson's she has to concentrate on how she speaks. Nobody checked on her, nobody wondered why she didn't ring the bell or check to see why she didn't go to the toilet during the night. She probably tried to reach the bell as she is so determined. We are just lucky she didn't slip and bang her head. She told me she was banging on the radiator during the night," said the daughter..

The following morning her sister went to visit their mum.

“There were a lot in the room and my sister didn't think that was normal. The doctor had been down and put her on a drip. Staff in the morning had taken her from the bathroom and put her into bed. Mam didn't tell them what happened because she is private. Mam told my sister, ‘I've been left on the toilet all night’. My sister couldn't believe it, she started crying, then mum started crying. My mum didn’t want to get anyone in trouble – that’s the kind of lady she is,” she said.

Management were informed and an investigation commenced.

Part of the nursing home statement to the Limerick Leader last week reads: ”Following the completion of the detailed investigation it has been concluded that the incident resulted from a breakdown of communication between staff during a staff shift change, and a failure to fully comply with our procedures. HIQA and the resident’s family were informed of the outcomes and measures put in place to ensure that there would be no such reoccurrence of this substandard level of care.  The staff member who was in charge that night has been dismissed from their post. Three healthcare assistants who were involved in the incident have been issued with final written warnings.”

After the family heard what happened to their mother on that morning they said their first instinct was to “grab her and take her home”.

The elderly lady has been in St Michael’s since last October. She was diagnosed with Parkinson’s five years ago. As the disease got progressively worse she and her siblings cared for her in her own home.

”We divided it up into 24 hour periods. Her body got weaker but her mind is still 100%. She is very funny, she can be cross, she can be moody, she can be the boss, just like any mam. She is our queen,” she said.

After a doctor said their mum needed 24 hour care in a nursing home they visited six before choosing St Michael’s because it is “state-of-the-art, has lots of activities and the staff were friendly and approachable”.

She stresses that she is not “tarring them all with the same brush”. “Mam has pals there. She would be telling us about the carers and the stories they have told her about their lives.”

The elderly woman has told her family she wants to stay in St Michael’s and her children are respecting her wishes so as not to go through the upheaval of moving her.  Her daughter said she contacted the Leader to tell the human story of the lady involved and to call on HIQA to thoroughly investigate it.