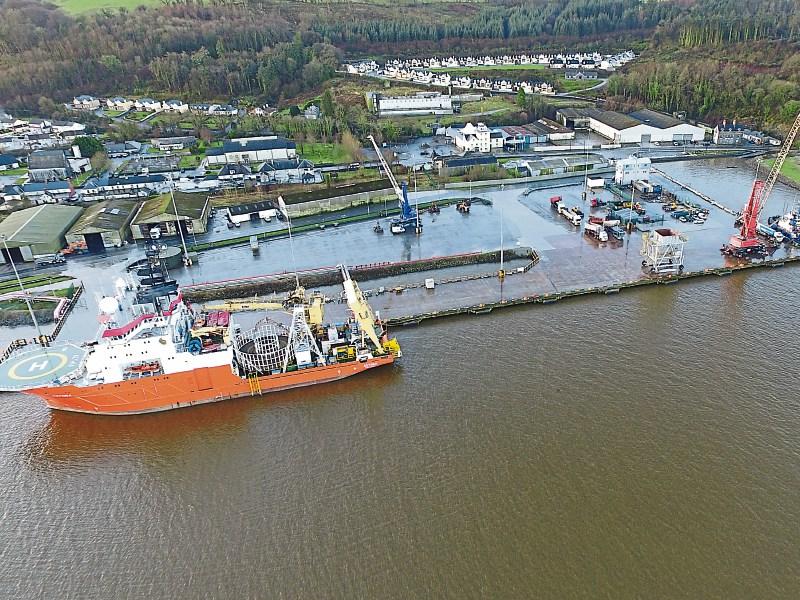 The port at Foynes. A new report has highlighted the economic value to the region

THE economic value of trade at Foynes and Limerick ports is worth €1.9 billion - equivalent to 1% of Ireland’s total GDP, a new report has revealed.

The report, commissioned by W2 Consulting for the Shannon Foynes Port Company (SFPC), predicts that capital spending by SFPC and its customers in the five years up to 2019 will reach €277m and support 3,372 jobs in the region.

SFPC chief executive Pat Keating said the company’s focus was to attract investment by businesses that require modern and efficient deep water port facilities.”There’s much to do to achieve this but our task is assisted by the fact that we have deep waters unrivalled in a national context and of significance internationally,” he said.

However, Mr Keating added that having adequate infrastructure in place to improve connectivity to the port would be essential to achieving this aim.

“Essential for the realisation of this potential is the delivery of new Limerick to Foynes road upgrade scheme, which is included in the Government’s Capital Investment Plan,” he said.

“The other key project is the regeneration of the disused Limerick to Foynes rail link and a major feasibility study is being advanced in relation to that.”

“This Government’s commitment in relation to this road is clear: it’s in the national capital programme,” he said.

Mr O’Donovan welcomed the publication of the report which, he said, reaffirmed the key role that the estuary and SFPC plays in the national economy.

“It will, no doubt, catch some people by surprise as the scale of that contribution was largely unknown until now, except to the port authority itself. Shannon Foynes Port Company is one of few companies that is now outpacing growth achieved at the height of the economic boom, with very substantial benefit to the region and nation,” he said.

SFPC chairman Michael Collins pointed out that the company’s masterplan aimed to double its trade by 2041, in the process driving significant jobs growth in the region.

“I would be disappointed is in three or fours time we didn’t deliver something that would be a game-changer for Foynes,” he said.