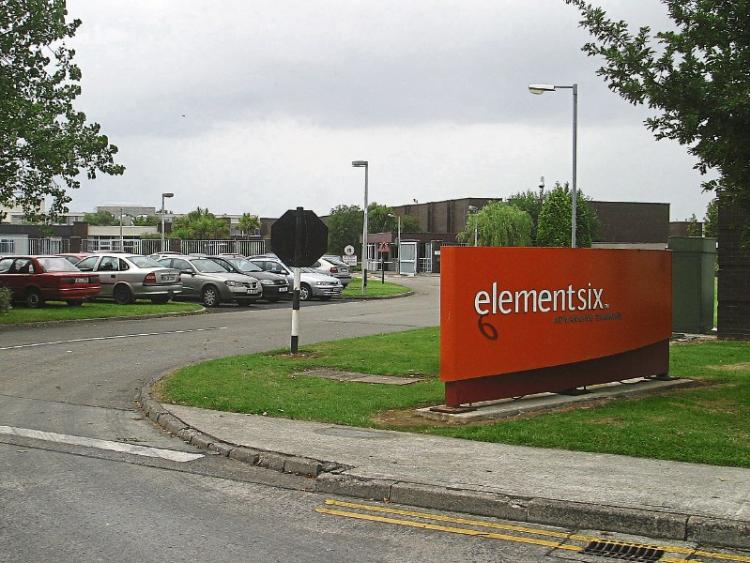 Workers represented by Siptu voted by a margin of 96% to 4% to take the action which could go all the way up to walk-outs at the company – formerly known as De Beers – which employs almost 400 people.

While representatives of Siptu were unavailable for comment this Wednesday, the Limerick Leader understands a meeting will be held this Saturday, when it will be decided what course of industrial action may be taken.

Central to the staff’s reason for initiating a ballot is the proposed introduction of shift working in the grit section of the plant – which opened in Shannon in 1963 – proposed changes in relation to the firm’s distribution centre, a redundancy package that the company was offering, and the payment of shift premiums.

These matters were the subject of a Labour Court case which took place in June.

In a written summary, Alan Haugh, deputy chair of the Labour Court noted that in response to “negative global and economic trading conditions,” Element Six has proposed a range of “operational changes” which affects workers employed in the ‘Grits’ section and the distribution centre.

Five issues were brought to the court after the company tried to implement what it described as a ‘Shannon Sustainability Plan’.

The court heard that the company planned to introduce shift working in ‘grits’ plus subcontract the distribution centre to a third party operator.

Mr Haugh recommended these workers should be offered the option of availing of a redundancy package, or redeployment to work elsewhere in Element Six Shannon.

He also recommended the union and the company should implement terms proposed under working unsociable hours.

“In the event the parties are unable to resolve the Banked Hours issue through local level discussions and/or with the assistance of the Workplace Relations Commission, the court’s services remain available to assist the parties,” he added.

The company did not respond to requests for comment from the Limerick Leader.