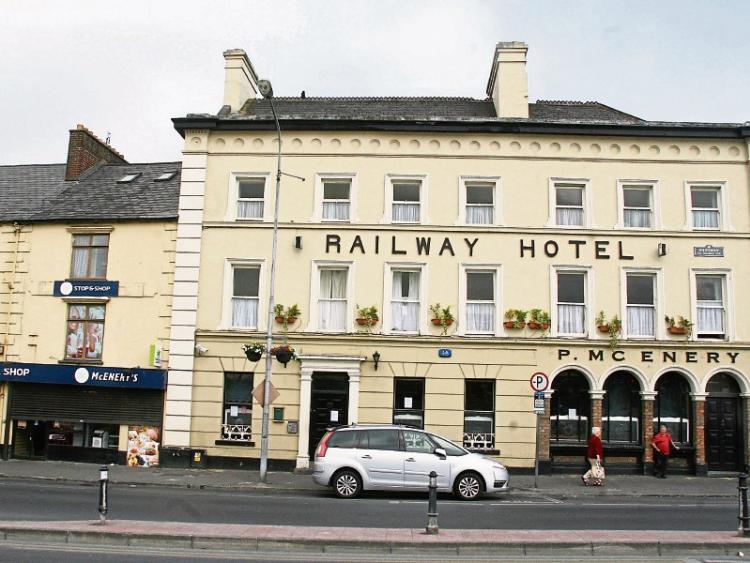 A LANDMARK Limerick bar, hotel and shop which closed in June has gone on the market for €650,000.

The Railway Hotel and McEnery’s Shop in Parnell Street ceased trading in June with the loss of around 20 jobs, with its then owner Michelle Collins blaming a downturn in the hospitality sector, competition from newer offerings and general trading difficulties.

The commercial premises, opposite Colbert Station, is being offered in three lots.

Glentworth Street auctioneer GVM, which is handling the sale has described the building as “very prestigious and high profile”.

“This is an ideal investment opportunity with much potential to develop,” the auctioneer states.

According to the property specifications, the former three-star hotel consists of ten double bedrooms and six single rooms on the first floor.

It also has nine double bedrooms and six single bedrooms on the second floor.

The ground floor of the building boasts a “well furnished” and “well finished”, complete with mahogany fittings.

There is also a meeting room, plus a dining room and a kitchen.

As well as the bedrooms, the first floor has staff facilities, a laundry room and an office.

Meanwhile, there are three rooms on the first floor above McEnery’s Shop – formerly known as Mayes Shop – plus a living room, with a bathroom and four rooms on the second floor.

“This is the oldest hotel in Limerick dating back to 1871. It is one of the few listed hotels in the city, which was once an old coaching inn,” GVM states.

Up to its closure McEnery’s shop was run by Pat McEnery, while the Railway Hotel was run for many years by former Limerick TD Michael Collins.