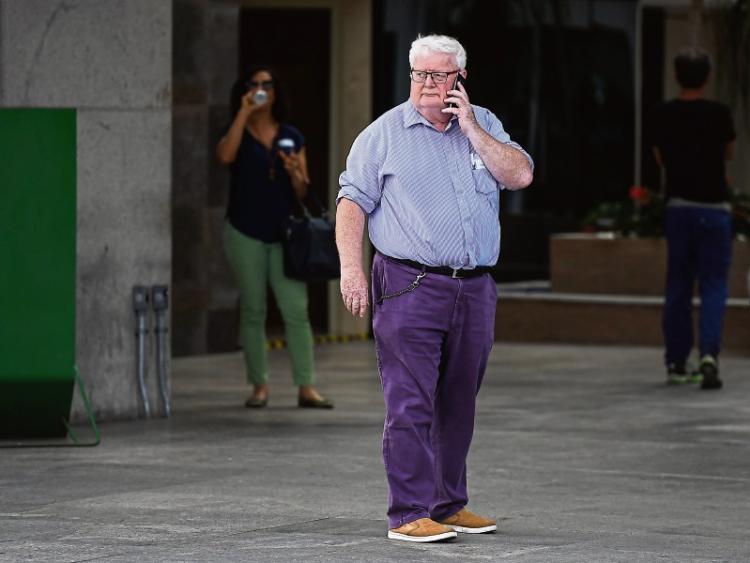 THE LIMERICK man who was caught up in the alleged ticketing scandal at the Rio Olympics has yet to find out when he can return home to Ireland.

Speaking exclusively to the Limerick Leader on Wednesday afternoon, Olympic Council of Ireland general secretary, Dermot Henihan said that he did not know when he is leaving Brazil, after being questioned by police in Rio de Janeiro on Tuesday evening.

On Sunday evening, Mr Henihan agreed to be questioned by Rio police, as part of an ongoing investigation into the former OCI president Pat Hickey, who was arrested on suspicion of facilitating ticket touting, forming a cartel, and illicit marketing.

After being interviewed on Tuesday at 6pm, Irish time, police confirmed that Mr Henihan had no part in the alleged ticket touting ring, that his involvement has been “excluded”, and that he was free to return home.

However, it is believed that he had yet to retrieve his passport this afternoon. When asked if he knew when he would be returning home from Rio, he said: “No, I don’t. I wish I did, but I don’t.”

Speaking to the Leader a second time later on Wednesday, the former St Michael’s Rowing Club coach said that he was waiting for a call to retrieve his passport.

When asked if he knew when he could fly home, he replied: “I genuinely wish I did, but I don’t.” When asked if he was relieved to be going home, he said: “Of course I am, but if I had my passport, as I have not got my passport yet, and that is a very tedious process here.”

It is understood that, after being interviewed by Rio police on Sunday night, the OCI official fell ill. He said, whilst having his lunch this Wednesday: “I am feeling fine. I am just very tired.”

Though St Michael’s Rowing Club did not issue an official comment, a leading member told the Leader that it was “delighted and relieved” to hear that Mr Henihan would be coming home.

On Sunday night, the Limerick man was one of three OCI officials to have passports seized by police, as part of the investigation. The two other officials include Kevin Kilty, Ireland's Chef de Mission and Stephen Martin, chief executive of the OCI.

According to media reports, he was the only official to be interviewed, as Mr Kilty and Mr Martin rescheduled their meeting for Thursday afternoon.

Friends here have said that it is “obviously a very upsetting and distressing time” for him, his family, and colleagues in Limerick.

The former coach, who lives in Lansdowne Park, has been commended for his efforts in transforming the sport in Limerick since the 1970s.

Well-known author and rowing correspondent with the Limerick Leader for 47 years, Denis O'Shaughnessy said that Mr Henihan deserved the title of “Mr Rowing” in Limerick.

“He was one of those responsible for transforming St Michael's Rowing club from a struggling one to one of the most distinguished in the country, winning their first Irish championship in 1979," he told the Leader.

Appointed by Minister for Transport, Shane Ross, and Minister of State for Sport, Patrick O’Donovan, Mr Justice Moran served as Limerick Circuit Court judge for 12 years, before being promoted to High Court judge in 2014.