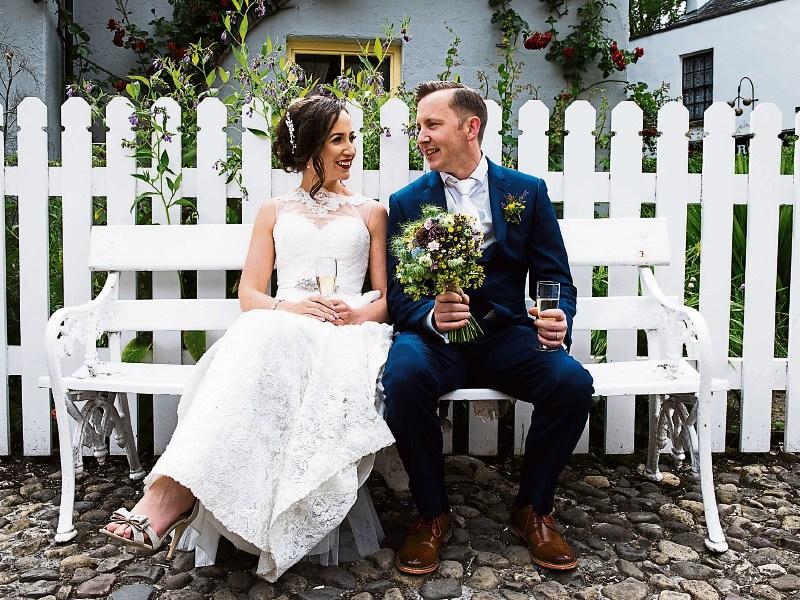 Eibhlin and Conor McKenna take a break on the grounds of Bunratty Castle and Folk Park before making their way to their reception Picture: Philip Bourke

WHEN Eibhlin McGrath went on a hen party of a friend from Glin to Carrick-on-Shannon it was the bride-to-be who didn’t know what the weekend had in store for her.

Equally, Eibhlin, from Athea, had no idea just what fate had in store for her on a certain Friday night in May, 2013.

After enjoying a disco on the boat on the river, the stars would align later that evening, when the hen party split into two by chance.

Little did she think that weekend that in just over three short years they’d be flying down Route 66 from Dallas on honeymoon, after meeting Richard, of Gas Monkey Garage as featured in the popular Discovery channel programme, Fast and Loud.

Was it love at first sight?

“Absolutely! From the moment we met we haven’t stopped talking and laughing. Even though we are opposites in many regards, we were always drawn together,” enthused Eibhlin, 33, a primary school teacher, of her husband Conor McKenna from Longford, who runs a car valeting centre.

Conor popped the question while on holiday in Spain, after luring Eibhlin away from her sangria to go for a moonlight stroll on the beach.

“Before I knew it he was down on one knee. It was the first time I was ever lost for words,” she laughed.

The couple married in Crecora Church in Limerick, which they said was their favourite part of the day, and had their reception in the Bunratty Castle Hotel, which they would highly recommend.

“The managers David and Heather were extremely helpful and professional throughout. There was nothing they wouldn’t do to help. The Bunratty Castle Hotel is a beautiful charming venue and we could not find fault if we tried.”

Their best piece for advice for anyone planning to tie the knot is to “not lose sight of the big picture.

“You are getting married because you love each other and want to grow old together - the colour of the chair sashes or the choice of finger food will be soon forgotten.”

One of the little touches that made the day extra special was a gift from her soon to be husband that morning.

“Conor surprised me with a beautiful watch the morning of the wedding, with instructions not to keep him waiting,” she laughed.

There was plenty of dancing, laughter and a few tears throughout the day, particular during the groom’s heartfelt speech from the top table.

Photographer Philip Bourke, from Cork, who snapped her friend’s wedding in Dingle, again captured the intimate and spontaneous moments of the day. 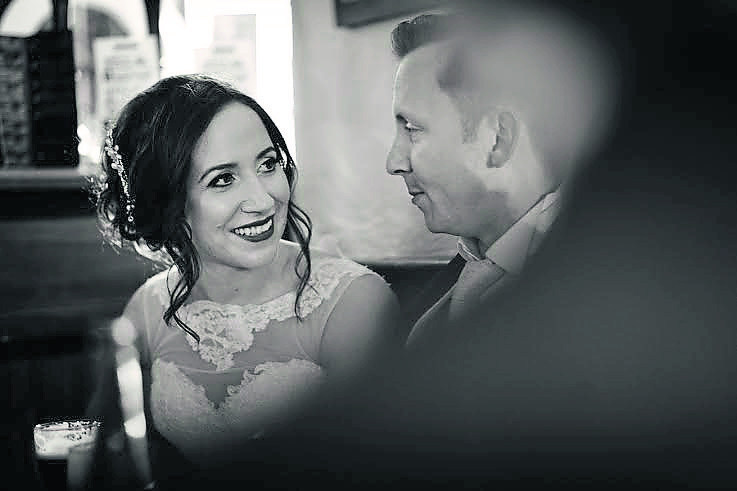 “We spent some time at the Bunratty Manor Folkpark after the ceremony. It was very busy and there were busloads of tourists. We felt like VIPs being cheered on by everyone and we even posed for a few photographs with the zealous holidaymakers.”

Was it how they imagined it would be?

“It was a thousand times better than I could ever have imagined. It was very overwhelming and also wonderful to have all our family and friends with us. We have so many happy memories to look back on from the whole day.”

A few days later they flew to Dallas to check out Gas Monkey Garage from the Discovery channel’s Fast and Loud show.

“Conor is a big car enthusiast and we have both been following the show for several years. We could not believe our luck when we met Richard Rawlins, the owner opening the garage, early on a Monday morning. He was every inch the cool dude from the slick hair to the lime green Porsche. We were completely star struck.”

They rented a car in Dallas – unfortunately from Avis and not Richard, she added - and drove down Route 66, ending their road trip with two nights in the Venetian hotel in Las Vegas, before flying to Vietnam for two weeks.

“It was an amazing adventure from start to finish”.

They ate: Marinated breast of chicken with teriyaki dressing, leek and potato soup, sirloin steak, hake and fresh fruit pavlova, with a pig on a spit for their midnight feast

Money saving tips: Shop around as much as possible and don't be afraid to ask for a discount