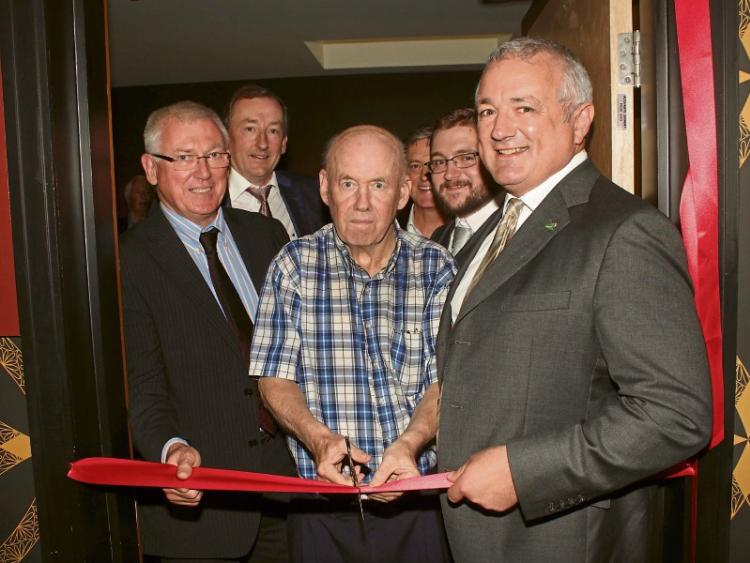 RUGBY fanatics and history-lovers alike gathered together at the Parnell Plaza in Limerick city this Monday for the official opening of a new rugby memorabilia exhibition.

The free exhibition which displays over 100 items and 86 authentic photographs and includes jerseys, tickets, match programmes, balls, photographs and books will be open to the public every Friday afternoon until September 16, as part of Heritage Week.

The items were collected by former Young Munster president Johnny Brennan, who began collecting rugby memorabilia over 30 years ago.

“I used to collect some photographs at home, but my collection became so big that I had to build three rooms onto my house. I had so much stuff that I couldn’t cater for it,” said Mr Brennan.

When word got out about his collection, many big names such as Donal Lenihan, Tony Ward, Michael Bradley and Paul O’Connell decided to donate items.

Speaking at the opening, William O’Neill of Limerick Museum and Archives said: “When people walk through those doors, they will realise it’s about more than just rugby. They’ll realise this is a snapshot of different eras and moments of time in Limerick. This is more than just an exhibition – this is life.”

Cllr O’Dea described the exhibition as a “fantastic addition” to the city. “We’re delighted to have it,” he added.