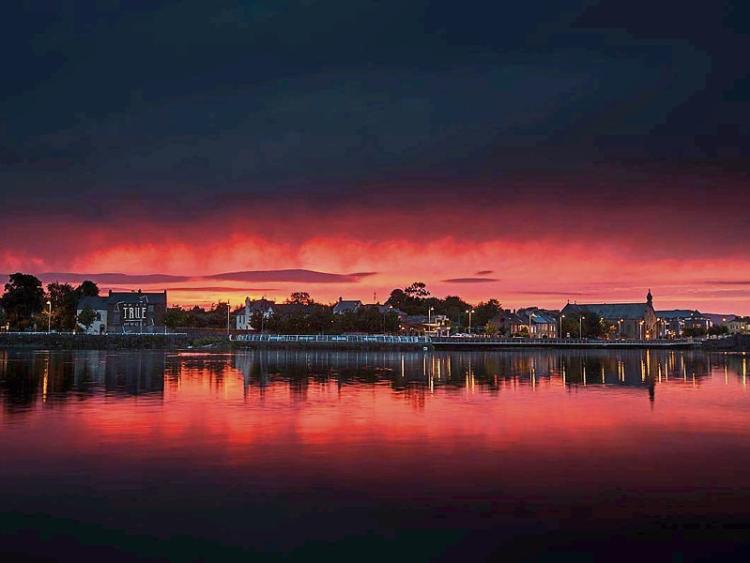 The stunning sky above Limerick, as captured by Sean Curtin of True Media

A RED sky above Limerick as the sun set this Monday night caused quite a stir on social media.

Limerick photographer Sean Curtin of True Media captured the stunning sky above the city in his snap, taking in the Curragower falls and boardwalk.

His picture was shared hundreds of times as people reacted to it.

@WeAreTrueMedia It was so beautiful!

Elsewhere, in Athea, Damien Ahern caught the sky in a purple phase before the sun set on the county.

Unfortunately, despite the old adage, it appears that the red sky was not predictive of another beautiful August day, with Limerick waking up to rain this Tuesday morning.

Umm so much for the red sky at night sheperds delight #Limerick. Great photos though https://t.co/fKSEnrubqo

However, Met Eireann has said that sunny spells will develop across the region as the day continues. Maximum temperatures 17 to 19 Celsius, in light variable breezes, mainly southerly at first, veering westerly in direction.

It said tonight will be mainly dry, with good clear intervals developing, but patches of mist or fog will form in light southwesterly or variable breezes. Wednesday will be bright and mostly dry, with sunny spells, but a few scattered showers are likely.