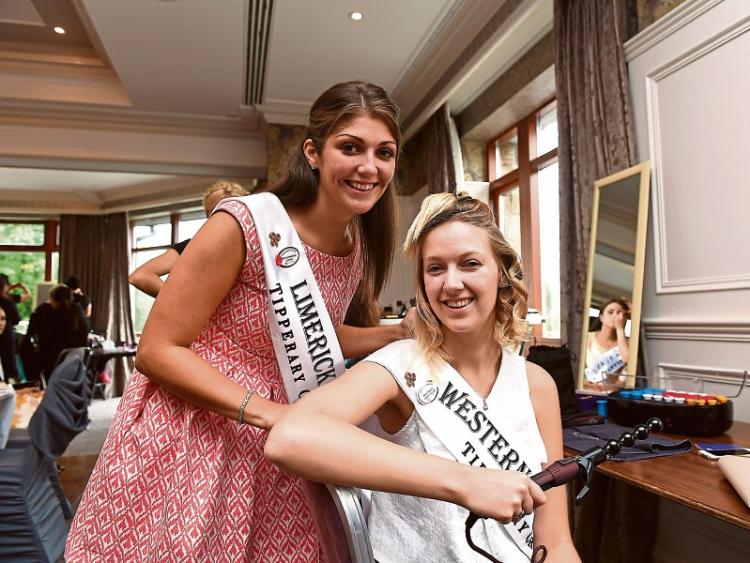 LIMERICK hopes are high that this year’s Limerick Rose Marie Hennessy will make the cut and get through to the final selection of the competition which will go out live on RTE next Monday and Tuesday night.

This Wednesday night, dozens of Marie’s family and friends from her native West Limerick made the journey to the Dome in Tralee to support Marie as she and this year’s 64 other Roses were interviewed on stage as part of the final selection process.

But whatever the outcome -and the contestants will not know until Sunday the names of the 32 Roses who will make it through to the televised final - the whole experience has been a win-win for Marie.

“We are having a dream time,” said the young woman from Rooskagh, Carrigkerry who teaches Irish at Desmond College, Newcastle West.

Before last Friday, when all 65 Roses met for the first time, Marie admitted to being nervous. But in getting to know the other Roses, and in the busy schedule of events since, those nerves have disappeared.

“We are all in the same boat. We are all supporting each other,” she said.

Support from her native Carrigkerry and from her school colleagues in Newcastle West has also been welcome and she has been overwhelmed by the generosity of business people in Newcastle West and Limerick in helping her dress for the dream.  “They were unbelievable and really helped me along the way,” she enthused.

She was looking forward to, rather than being anxious about,  her interview with Daithí O’Sé this Wednesday night, she revealed. But, just as in the Limerick selection, she was not planning to do a party piece.

But in Athea, the  banners are flying for the  New York Rose.  hoping that it will be a double for the parish. In 2008, New York Rose, Lisa Murtagh, whose mother Breda Geoghegan is from Athea, won the Rose of Tralee title.

And hopes are high that this year’s  New York Rose, Kirstin Stack, whose dad Mike is from Athea,  can repeat that victory. Mike Stack  left Athea for New Jersey over 30 years ago but Kirstin, a Ph D student, is a regular visitor to Athea where her nan, Norrie Stack and her aunt Mary Murray still live, as do many other relatives.

Scores of Stack relatives have planned to team up with Kirstin’s Tralee relatives in the Dome to cheer her on this week.

Meanwhile, Limerick also has connections with another Rose, Molly Fogarty who represents Western Canada. Molly, who is a radio presenter, has visited her grandmother, Mary Mullane’s home place in Kantoher and has met many of her Danaher and Mullane cousins in the area.

“I know them very well,” she told the Limerick Leader. “Every time I come I always visit Kantoher.” Her grandmother and her husband, James Fogarty emigrated to Saskatchewan, in Western Canada in 1957 where Molly’s dad Tim was born. Molly’s  mother Mary Lou is Canadian.

“It is such a different experience, it is an amazing experience,” Molly said about being a Rose. “I didn’t really know what to expect. But now we are on our way, I am really excited.”