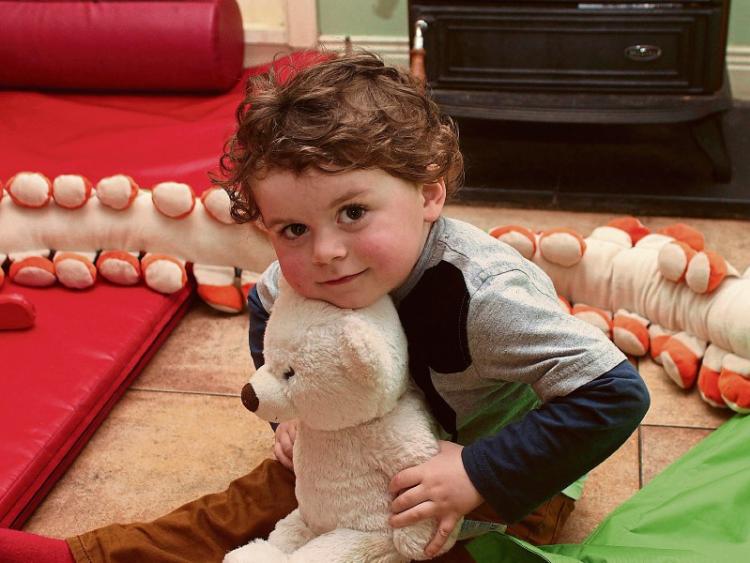 Exclusive: The first photo of little Neil Shanahan since he was discharged from hospital. Below, Julie Genova

THE American nurse who administered first aid moments after Neil Shanahan, 2, fell from six floors has spoken of her heroic actions for the first time.

Limerick is united in relief after the youngster returned to his family home in Farranshone having made a recovery from the horror accident which saw him board a lift and climb to the top floor of the Strand Hotel before falling off.

Speaking to the Limerick Leader from her home near Boston in Massachusetts this Wednesday, Julie Genova spoke of how she hopes her giving of CPR helped the lad make a “miracle” recovery.

“It was a horrible situation. This little baby was lying there, not breathing. I gave him CPR for about four to five minutes, and he started to cough and come back to us. He was looking at his mom, he was moving his extremities, and moving on his own,” she recalled.

“He is meant to do great things in this world,” Julie added. 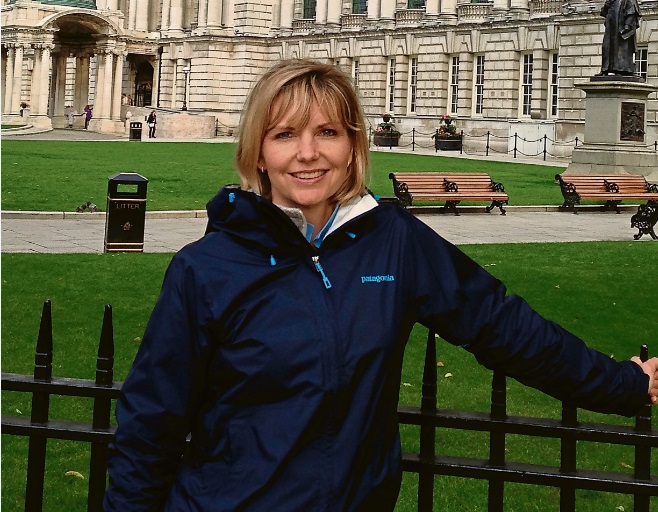 Meanwhile, while it may only be August, Neil has a special treat to look forward to this Christmas.

This is because he will switch on Limerick’s festive lights upon the invitation of Mayor Kieran O’Hanlon, who visited the family home on the northside this week.

The mayor said: “The two of us are going to switch on the Christmas lights this year. It is a big occasion in Limerick. We will switch on those lights together, and Christmas will be a very happy time for you.”

Julie, who works as a nurse in a private school in her residence of Concord, Massachusetts , was on a surprise trip to Ireland organised by her husband David while her three children Justin, 16, Jonathan, 15 and Jacqueline, 11, were at summer camp.

Having arrived in Limerick the night before the accident on Saturday, July 2, they slept in and enjoyed a late breakfast when they happened upon Neil.

“He was just laying on his back on the terrace. He was not breathing, and it was difficult to ascertain a pulse. Martina [Neil’s mother] did not know what had happened to him: she found him like that. We did not know at the time he had fallen from the top of the building,” said Julie, a nurse since 1994.

It was then that her instincts kicked into action, administering CPR, a practice she teaches to students in the USA.

”You just do what you are trained to do in the moment,” she said.

Off the back of this, Neil’s mother Martina says she is planning to learn CPR in case she faces a similar situation, saying: “What goes around comes around. I want to be in a position to be able to help someone.”

Having taken in Derry, Belfast, the west of Ireland, Julie and David spent two days in Limerick, a city she says she “fell in love with”.

The pair went to the south of the country, before ending their trip in Dublin, where they stayed in the Temple Bar Hotel.

Upon hearing they were in the hotel near Temple Street Children’s Hospital, where Neil was in intensive care, his parents visited the hotel to say thank you to the nurse.

Martina said: “We were shy about intruding on her. But we were there, so we asked if we could have her room number. We rang the room, and came tumbling down the stairs. She was just so delighted. There was a huge hug, a mutual embrace, and I feel I have made a new friend.”

Struggling to hold back tears, Julie said: “It was at that moment we were basking in this miracle. They were elated. You could tell that they were so thankful to everyone who had taken care of him.”

Although she is back in Massachusetts, Julie wants to return to this island as soon as possible.

”I cannot wait to see them again, and give that little one a really big hug, and give them all a big hug. It sounds like he is making amazing progress,” she told the Limerick Leader.

Mayor O’Hanlon praised the people of Limerick for the support they have afforded the Shanahan family during their ordeal.

“I think the people of Limerick have really shown their true colours. I am delighted for Neil’s family. It is a miracle recovery. You can see what great form he is in now,” the mayor said, as little Neil played with a toy garage and car bought for him as a present from the first citizen.

As mayor, he thanked the public for their support, as well as the medical staff who helped ensure Neil’s recovery.

“I hope life returns to a normal state for you,” he told the family.