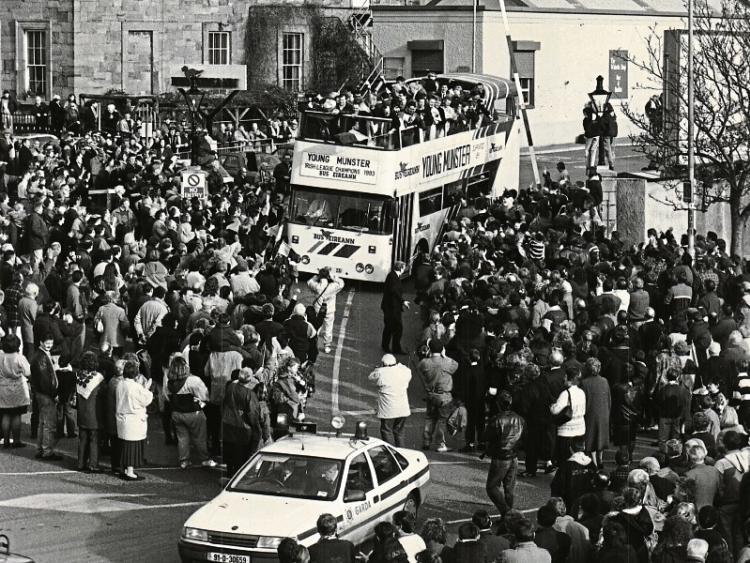 A NEW exhibition of memorabilia being unveiled for Heritage Week will bring Limerick’s rugby tradition vividly to life.

The collection, which will be on display at the Parnell Plaza from Monday, is based on a huge collection of memorabilia owned by Hyde Road man Johnny Brennan, former Young Munster president.

Johnny, who famously created a museum of rugby in his own home and claims possession of one of the balls used in the famous 1978 All Blacks match in Thomond Park, has spent 50 years assembling some priceless rugby memories.

“I started collecting mementos from various games including tickets and match programmes over fifty years ago, and it’s just grown from there. I’m great to look back at my collection and realise I’ve captured a slice of Limerick history, all through rugby,” he said of the collection, now to be housed in the Plaza for Heritage Week and available to view every Friday afternoon until September 16.

Look out for jerseys signed by various Munster and Ireland teams, never-before-seen photos of Munster legends, tickets and match programmes, Peter Stringer’s boots and the aforementioned All Blacks’ ball. The exploits of local teams feature heavily.

The collection is in the care of Parnell Plaza and the Museum and Archives assisted in the conservation and display of the objects and photographs featured.

“The collection is unique and diverse, and is a really impressive representation of Limerick’s rugby tradition. Johnny Brennan has carried this tradition with him, and should be applauded for his efforts of preserving this fantastic slice of Limerick history,” said William O’Neill of Limerick Museum and Archives.

John Le Gear of the Parnell Plaza said the exhibition would save “items that were in danger of deteriorating”.