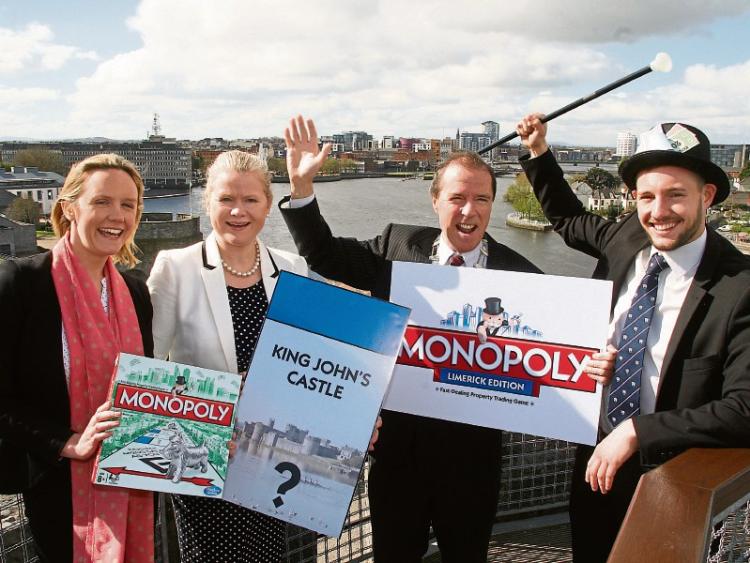 THE DICE is set to roll as a red carpet launch has been announced for the official Monopoly Limerick board.

The Hunt Museum will host the launch of the eagerly awaited board game on October 28 – the same day the game hits shop shelves.

The official game will feature Limerick landmarks and favourites starring on their very own squares on the board.

"We are sure the board will prove to be this year’s Christmas must-have gift. Pre –orders have been coming in in huge numbers from retailers across Limerick,” said custom games executive Jake Houghton.

Limerick stores that have confirmed they will be stocking the new board include Argos, Dunnes, HMV, The Hunt Museum Gift Shop, Smyths and Tesco. The game will also be very widely available online and can be bought via Amazon and many others.

“Until then we are keeping things under our Monopoly hats and close to our Community Chests, so to speak. But I can confirm the board will feature the great and good of Limerick, with The Hunt Museum taking a very prominent square. Monopoly is a nostalgic game that brings family and friends together," he added.