In a new series, Anne Sheridan reveals what makes a couple's big day truly special – and the journey that brought them together 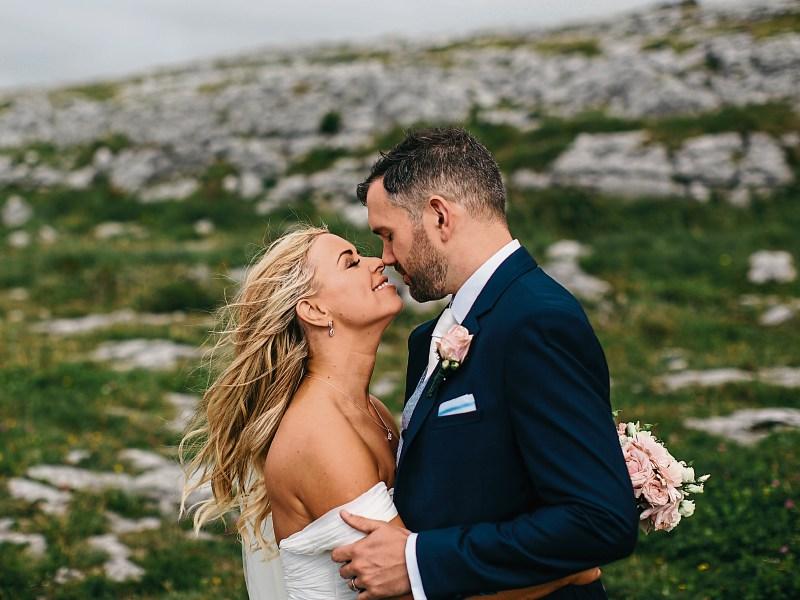 To have and to hold: Michelle and Ross share a warm embrace in the Burren Picture: Poppies & Me

AFTER years of being 'just friends' while students at Mary Immaculate College, it was a walk on the beach in Kilkee during the Cois Farraige festival in 2007 that sealed the deal for Michelle McMahon and Ross O'Donoghue.

Michelle, 31, from Lissycasey, county Clare, and Ross O'Donoghue, 35, from Limerick city, were in college together for four years from 2002, studying media and communications.

Five years later, having laid the groundwork for their friendship - and now a life together - they became a couple. “It was after college that things took a more romantic turn,” explained Michelle.

The ante was upped when Ross took her to New York and Las Vegas for her 30th birthday in December 2014.

“On our first night there we had tickets to a Broadway musical,” said Michelle, adding it's her favourite thing to do in New York.

“He suggested we take a walk through Bryant Park for the Christmas market and popped the question under the big Christmas tree.”

While the couple regard Limerick as their home, and are both working in PR and journalism in Dublin, they looked to Clare for their big day, and were married in Michelle's home parish of Lissycasey before having “the mother of all parties” in Hotel Doolin, which is fast becoming a popular wedding destination in the Mid-West. 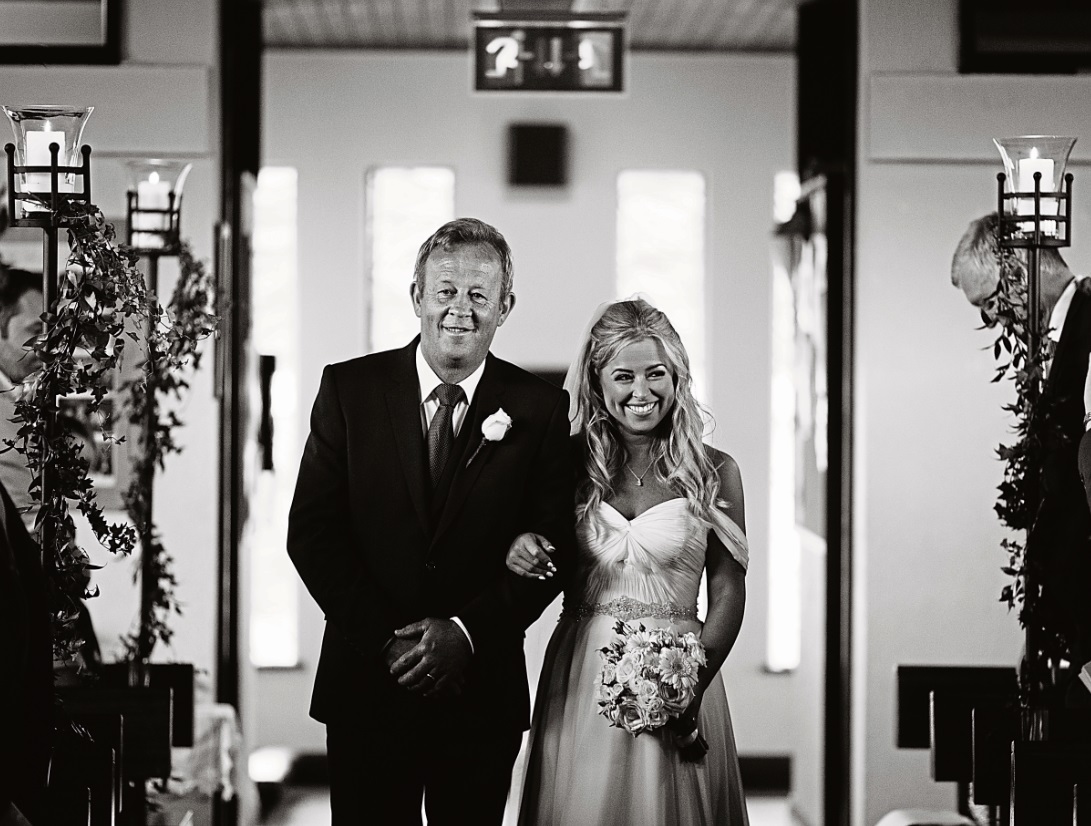 “We couldn't recommend them any higher. The venue is amazing, the location is spectacular and the staff couldn't have done more for us. They were a dream to work with.”

The food menu in Doolin attracted them there initially and tickled every tastebud on the night.

“We were blown away by the standard. On arrival we had a Dooliner craft beer and prosecco reception with a local seafood buffet and Burren tapas.

“For our midnight snack we skipped the usual sandwiches and cocktail sausages in favour of pizzas and snackboxes - I have never seen a mountain of food disappear so fast!”

Their favourite part of the day was when the entire congregation in the church sang ‘God Only Knows’ by the Beach Boys as they walked down the aisle as a married couple.

“That was absolutely magic for both of us.”

They danced their first dance as Mr & Mrs to Only Love is Real, by Irish singer-songwriter Rosey.

“We saw him perform on Ross' birthday last year and the minute we heard the song we knew it was perfect. Ger from Traffic performed it and managed to better the original,” enthused Michelle.

Their pictures were taken by Poppies & Me, en route to the reception, in the Burren.

“Sean and Kate from Poppies & Me are absolute experts in getting the shots you want in a really tight window of time - something we were really conscious of as we didn't want to end up missing our own reception!

“We trusted them completely and had enjoyed a little taster session with some engagement shots a couple of months earlier, so we were totally comfortable and happy with their way of working.”

Their biggest piece of advice is to get as much of the preparation as possible done well in advance, so you can “then try to enjoy the lead-in as much as possible.

“If you're not having fun with it don't be afraid to ask friends and family for help. And definitely find a way to take five minutes to yourselves on the big day. We snuck away from our reception just to take a minute to talk to each other and reflect on the day so far. It was really nice and set us up to party on for the rest of the night.”

The little touches that made it extra special for them included having their friends involved as much as possible.

“They were our drivers, our hairstylists, our beauticians, our bakers, our musicians, our photographers and our videographers. Everyone was professional but being surrounded by extremely talente friends made it all the more special.”

One of the features of the day that is still imprinted on their minds is the cake.

The three-tier suitcase creation was the work of their friend Emer Hough, from the Great Irish Bake Off. She made a Belgian chocolate biscuit cake, which also featured a red velvet sponge with cream cheese flavour Italian meringue and a chocolate sponge with chocolate fudge icing and salted caramel.

“There wasn't a crumb left - bar the piece we wrapped and took with us to the airport to enjoy with a glass of bubbly before flying off on honeymoon.”

While their original budget soon “went out the window”, they said it was “completely worth it.”

They booked their honeymoon through another Limerick friend - Mike Shinnors, at Holiday Experts.

They spent two nights in Dubai, then flew to Kenya for a Safari in the Masai Mara, and moved on to Zanzibar for a week of relaxation in a stunning resort.

“It was the experience of a lifetime and we loved every minute of it.”

Our Limerick Love Story: We would love to feature more couples with a Limerick connection in our new weekly series in the weekend broadsheet, which celebrates love stories spanning the decades or a couple's recent big day. To be featured, please send your details to anne.sheridan@limerickleader.ie or call 061 214502 for more information. Congratulations to Michelle McMahon and Ross O'Donoghue on their big day and being the first couple to be featured!