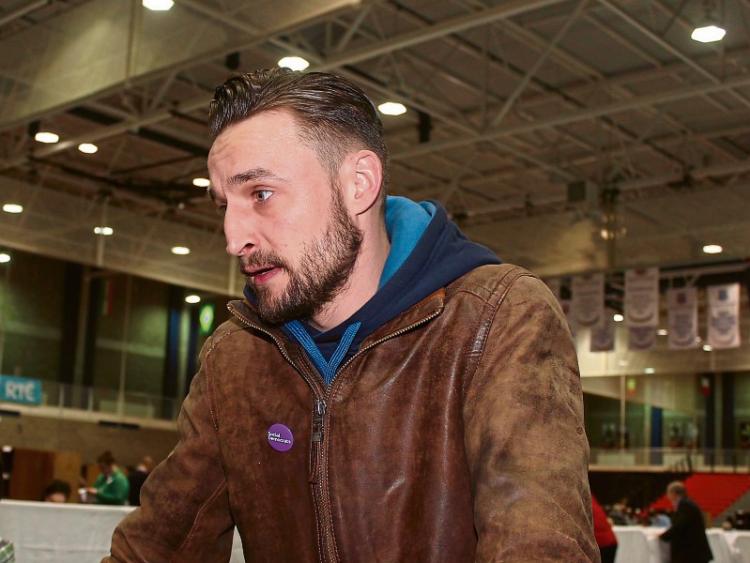 James Heffernan at the general election count in UL Arena

FORMER Limerick senator James Heffernan was arrested again over the weekend and charged with a public order offence.

This latest incident comes a fortnight after Mr Heffernan, from Kilfinane, was arrested three times over the course of a weekend while attending a music festival in Mitchelstown.

He was arrested in the early hours of last Saturday morning by gardai in Galway city following an incident outside a popular music venue.

The Limerick politician, who ran for the Social Democrats in the recent general election, was charged at a special sitting of Galway District Court on same day.

He is due to appear before the court on December 19.

The former primary school teacher is understood to have been with his band in the Roisin Dubh venue before the incident which resulted in his arrest.

It is unclear what led to his arrest but sources say onlookers videoed the incident.

Sources close to the former Senator said he was examined by a doctor following his release due to injuries he sustained from the incident.

A Garda spokesman said a 36-year-old male was arrested at 2am on Dominic Street in Galway City Centre on Saturday morning.

The spokesman said the male was brought to Mill Street garda station and charged on the same day.

In the last week of September, Mr Heffernan was arrested three times in Mitchelstown over the course of a 36 hour period while attending a music festival.

He was arrested at the Indiependence Festival after gardai became concerned about what has been described as his erratic behaviour. He was arrested and detained over night before being released without charge.

He was arrested on the day of his release on suspicion of drink driving and again detained by gardai. He was later released and arrested on third occasion for public order offences.

In May, before the election, he was arrested in Temple Bar in Dublin city centre after he mistakenly entered a crime scene.