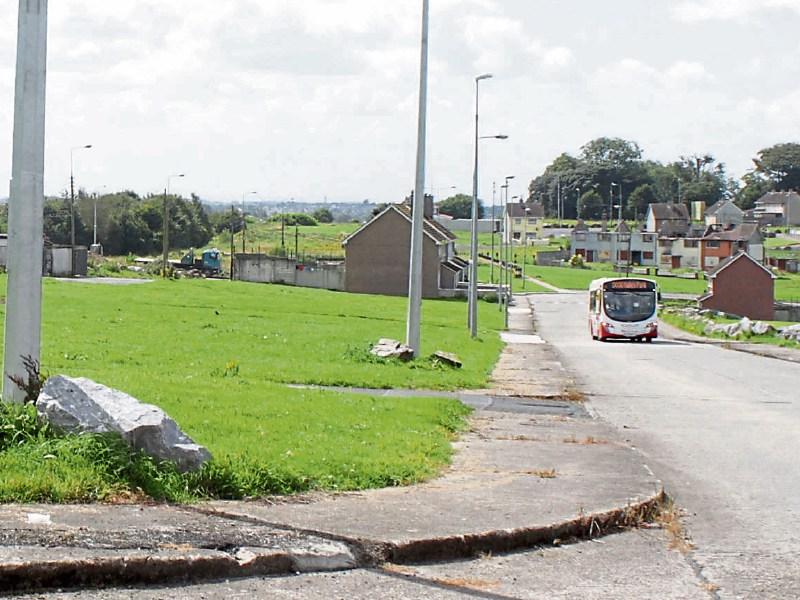 Construction is about to get under way on a new housing project at Churchfields, O’Malley Park

THE government must take a “go hard or go home” attitude to regeneration in Limerick, a local Sinn Fein councillor has said.

Cllr Séighin Ó Ceallaigh made the comments in the wake of figures disclosed by the Limerick Leader which reveal that although €257m was spent on the strategy since its launch, just 110 homes were built, while more than 1,000 units were knocked in the same period.

The City East councillor has welcomed the beginning of construction of around 50 units at Churchfield site at O’Malley Park, he says residents on the southside still feel like regeneration “could still go on for decades” before it ends.

“We need a commitment from the government in terms of a completion date for this project so that residents are not kept in the dark in regards to their own community,” he said.

In the absence of this, he wants to see residents allowed a bit of “normality,” pointing out that due to the fact some people’s homes are marked for demolition, they cannot do works to their homes, something a huge problem in winter.

City West councillor James Collins says many people in Ballinacurra Weston are critical of a lack of engagement from the local authority.

He said: “People have for a while been complaining they do not feel they are a part of the process. There has been a lot of destruction, a lot of houses knocked down. There are lots of people from Limerick City and regeneration areas who are on the waiting list. Some perfectly good houses were knocked down – and some of these people living nearby did not know about these.”

City north councillor Cian Prendiville added: “The wholesale knocking of houses has resulted in frustration, anger and worsened the housing crisis in the city rather than make it better. Rather than those living in the communities being in the driving seat, there is a feeling that they've been forgotten.”

He believes one of the main reasons regeneration “failed” is because of the fact it operated on the basis of a public-private partnership model. At the time of regeneration’s October 2008 launch, €1.3bn was to be sought from private investors, with a further €1.7bn from the public purse.