Q&A: Where are we now on regeneration in Limerick? 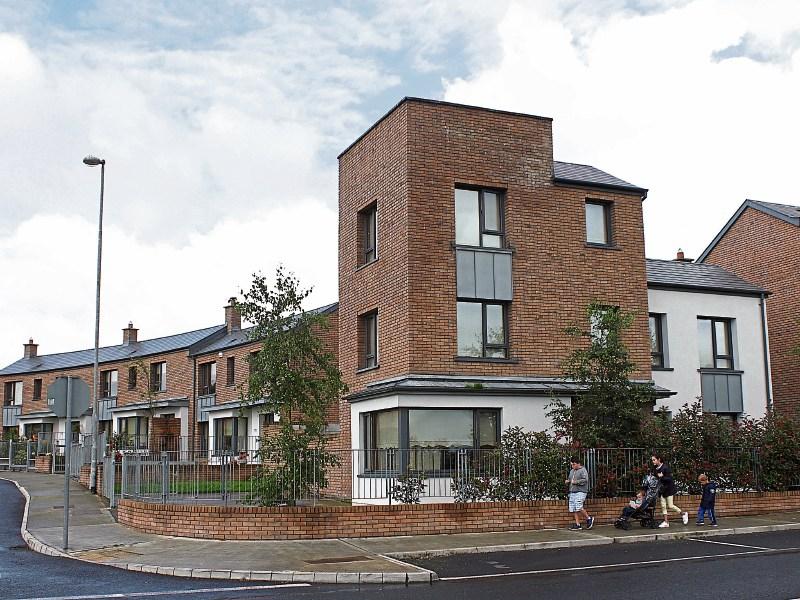 The first housing units to be delivered through regeneration opened at Cliona Park, Moyross in February 2013

To date how much has been spent in Limerick on Regeneration?

Expenditure in the first phase of regeneration from start up in 2007 to June 2012 is €152,282,611, when regeneration was managed by the Limerick Regeneration Agencies.

What are the areas that come under the Regeneration remit?

There is also a broader focus on social, economic and physical regeneration across the city.

What is the current annual budget for Regeneration?

The regeneration budget is decided on a yearly basis. It varies from year to year based on projected spend and averages out at €28m per year.

How many houses have been demolished?

It is important to put these figure in context.

Up to February 2014, the demolition programme in the first period of regeneration favoured a ‘clean-slate’ approach and reflected a sharp population decline in the regeneration areas over a 30-year period. Between 1981 and 2011 the population in the areas involved declined by between 48 and 70 per cent. In simple terms, many people had left these areas with a resultant spike in the number of vacant units which adversely impacted on the quality of life of remaining residents and gave rise to additional problems with anti-social behaviour.

Following a transfer of responsibilities for regeneration to Limerick City Council in June 2012, a comprehensive review of the programme resulted in a focus on retention and refurbishment options rather than whole scale demolitions.

The Demolition and Retention Strategy was reviewed in 2015 with a further 44 houses being retained. Given that new housing proposed in the regeneration areas is replacement housing, the overall number of houses required, based on the calculation adopted in the LRFIP in 2014, reduces from 593 to 549.

How many have been built?

So far, 110 new housing units have been delivered under the regeneration programme with an additional 134 currently under construction and 98 more due to commence shortly.

In tandem with the new build programme, the extensive refurbishment of vacant houses, also known as ‘long-term voids’, has also provided additional homes. Fifty seven homes in this category were brought back into use in 2015.

In addition, in excess of 1,500 houses will be retained and refurbished to a BER Rating of C in the regeneration areas including a significant number of private houses. At the end of July 2016, a total of 278 units have been refurbished and had their insulation upgraded to make them warmer homes and more environmentally sustainable and affordable to heat. A further 485 are currently on site or in preparation and due to be similarly upgraded by the end of 2016. The area-wide refurbishment project is on-target with approximately 50% (763 units) of the overall units complete, on site or in preparation by the end of July 2016. The thermal upgrade programme is due for completion at the end of 2018

Has Regeneration reached the targets that were outlined on day one?

Not all the original ambitious regeneration targets outlined from day one are being realised as new targets were set with the adoption of the Limerick Regeneration Framework Implementation Plan (LRFIP).

The LRFIP focus is different in significant areas e.g., retention of properties rather than a clean-slate approach. The plan is a robust, evidence-based, measurable Implementation plan. A full report of its implementation, to date, is to be published later this year.

Examples of some of the targets that have been achieved include a significant reduction in headline crime figures in Limerick between 2007 and 2015. The figures for youth crime have also decreased.

Over the period of considerable cut-backs in state funding for community and social services, it has been possible to retain such services at a level in Limerick that, it is expected, would not have been possible in the absence of regeneration.

Moyross Community Enterprise Centre, St. Mary’s AID, Our Lady of Lourdes Community Support Group, Tait House Southill, Southill Area Centre, St. Munchin’s in Killeely and Garryowen Community Development Project have all been aided in the provision of to offer a variety of services to communities and to improve those services including: childcare, after-schools services, parenting programmes, meals and services for elderly people, education and training, community enterprise, work experience, and employment.

A number of sports projects are being supported including the development of sports facilities and the purchase of small-scale equipment, while the “Sing Out with Strings” project and Music Generation Limerick are offering children the opportunity to engage in music.

Two housing developments, at Cliona Park, Moyross (Phase 1) and Colivet Court, Southill have been completed, while 134 housing units are currently under construction.

Almost half of the refurbishment programme has been completed with 763 homes completed.

Regeneration initiatives are assisting people to become more employable, find work, creating jobs and support the development of social and community enterprise. The Hospitality Education and Skills Training Centre at LEDP Roxboro is amongst the projects now showing good results, while a new Productiuon and Digital Skills Academy in the Biblical Centre will prepare people to work on film and tv sets in the areas of hair and make-up; digital animation; acting; camera operator; set design and building; rigging and wardrobe.

Community enterprises are providing work placements, temporary employment and / or jobs for local people in areas including insulation, community cafes, meals and catering, hairdressing, services for older people and bike repair. While many of the jobs are still in temporary employment programmes such as Community Employment Schemes, the intention is that through training, improving work-related skills and support for self-employment, enterprise and social enterprise, participants on schemes can progress into mainstream jobs.

Limerick Community Development Project and schools in or serving populations in disadvantaged areas have been supported to offer extra-curricular activities for children and young people during school holidays, after-school services and additional educational supports in-school including literacy programmes and civic education.

A number of family support projects are now available to families in regeneration areas, to support them face day-to-day challenges, provide information and help to access services they might need such as health, parenting, legal advice and adult education.

What is the plan for the next five years?

The short, medium and long term projects are set out in the LRFIP Volume 3: Implementation and Delivery. A full report of the implementation of the LRFIP so far is underway and will be published later in 2016. This report will also set out the plan for the next five years.

Who is in charge of Regeneration and where are the offices located?

Limerick City and County Council is responsible for the delivery of the Limerick Regeneration Framework Implementation Plan. Carmel Kirby is the Programme Manager. Dedicated offices are located in Moyross and Roxboro, but customers can also call to the council offices at Merchant’s Quay and Dooradoyle, or any other the area offices.