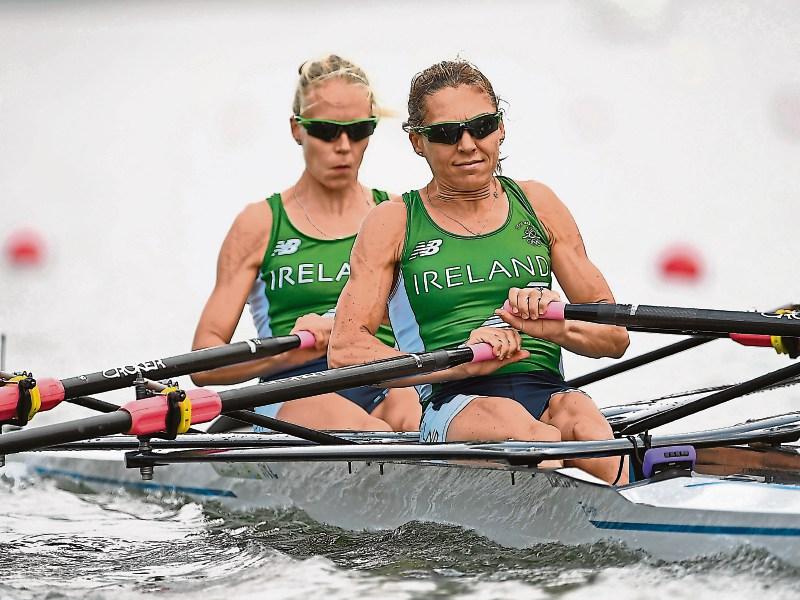 Sinead Lynch and Claire Lambe will row in the Olympic Final at 2.32pm

THE Mayor of Limerick says everyone in the city and county will be supporting rower Sinead Lynch as she bids for Olympic glory in Rio this afternoon.

Cllr Kieran O’Hanlon has congratulated the Limerick-based rower and her partner Claire Lambe on qualifying for the final of the lightweight double sculls.

“It’s an amazing achievement for Sinead and Claire.  All the hard work and sacrifices made over the past few years have paid off.  To make the Olympics is a great accomplishment but to get to a final of your event is something special. Who knows what will happen in the final?” the Mayor said.

“The final takes place at 2.32pm (Irish time) and you can be guaranteed that everyone in Limerick will be glued to their race, urging the women to push and row for glory,” added Cllr O’Hanlon who is a life member of St Michael’s Rowing Club, where Sinead rows out of.

Meanwhile, brothers Gary and Paul O'Donovan from County Cork will row in the final of the men's lightweight double sculls at 2.44pm.