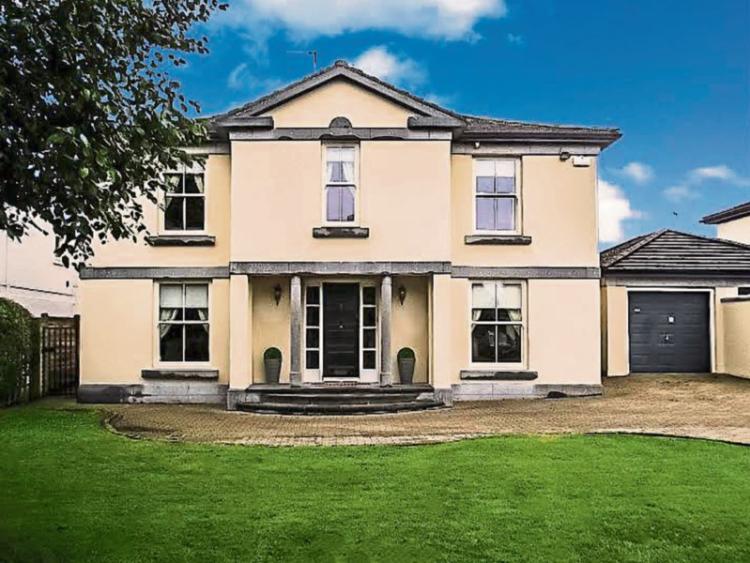 New to the market: 5 The Cloisters, North Circular Road, a five-bed home, is for sale for €525,000 through Rooneys

NEARLY 900 homes in Limerick have sold in the first seven months of this year, down from over 1,000 last year but the number of additions to the housing stock in Limerick is one of the lowest in the country.

The latest figures with the Property Price Register – the national database of all house sales since 2010 – show that 892 houses have sold in Limerick between January to July this year, in comparison to 1,072 for the same period last year.

Meanwhile, the fifth analysis from GeoView of the stock of residential properties in Ireland based on GeoDirectory’s database of over two million residential building records shows that Limerick's housing turnover rate remains strong.

Counties Dublin, Kildare and Westmeath had the highest housing turnover rate at 2.5%, while Monaghan had the lowest at 1.3%,  followed by Donegal (1.5%) and Tipperary (1.6%).

After Dublin and Westmeath, Limerick had the next highest percentage of apartments as part of its total residential stock.

Dublin had the greatest percentage of apartments in its residential stock, at 21.8%, followed by Westmeath (7.3%), and Limerick (6.9%).

Regarding additions to the housing stock, Limerick is the seventh lowest in the country, at 0.3%, with the most additions in Kildare, Dublin, Wicklow and Meath respectively.

The report estimates that the turnover of residential stock was 42,960 transactions in the year to June 2016.

A total of 4,375 residential dwellings were classified as being under construction in the GeoDirectory database in June 2016.

“This is the fifth comprehensive report about the residential building stock of its kind to be published in Ireland,” said Annette Hughes, director of DKM Economic Consultants.

“One key statistic which the report highlighted was that the national average housing turnover rate in the year to June 2016 was 2.1%, which was slightly down from 2.2% last year and is still well below what would be deemed to be a more normal housing turnover rate of around 4-5%. Nationally we’re seeing an uptake in construction, however Dublin is still dominating with 25% of homes under construction located there.”

Shamrockville on the North Circular Road in the city is the most expensive property to sell so far this year at just over €1m.