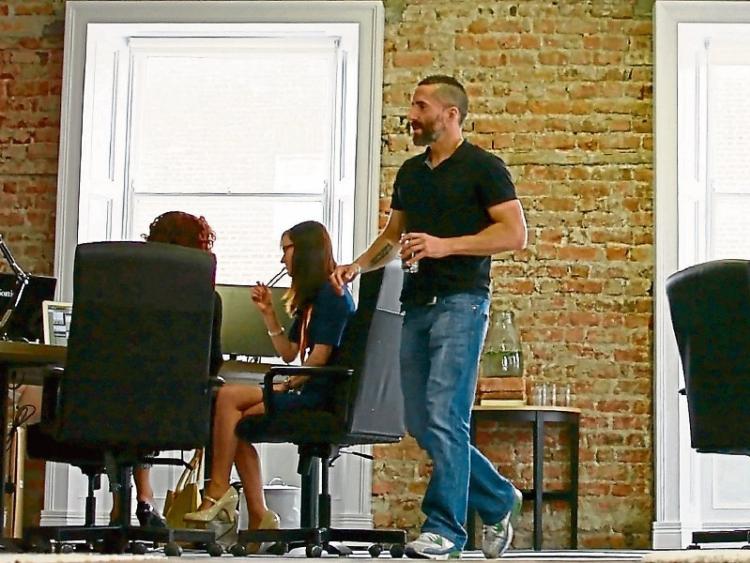 Staff at work in Teckro's offices in Limerick

LIMERICK company Teckro has announced that it has raised $6m via a Silicon Valley based venture capital fund.

The life sciences technology company, which operates out of the Bank Building in the city centre, secured the investment in a funding round led by the San Francisco based Founders Fund, which has previously invested in Facebook, Airbnb and other companies. It has developed specialist software for clinical drug trials.

This is the fund’s first investment in an Irish based company. It brings to the total amount of funding raised by Teckro to date to $7.8m.

Teckro, which has developed a new software platform to streamline the process of clinical trials, has already seen its technology adopted by a number of leading pharmaceutical companies around the world.

Co-founded by brothers Gary and Nigel Hughes along with Jacek Skryzpiec, the Limerick tech company uses information retrieval and machine learning technologies to improve the speed and accuracy of trial conduct.

Gary Hughes said the funding, which was supported by Enterprise Ireland, “validates our unique approach, and the growth potential of the company”.

Teckro is currently recruiting for staff for its Limerick office, which is the company’s headquarters.

“We set out to make a difference, to make it easier for drug developers, research staff and patients to connect, and to simplify every interaction in the conduct of a clinical trial,” he explained.

“The funding will be used to expand our product development team as we continue to digitise clinical research services.

“Fundamentally, the clinical trial landscape has changed and physicians struggle with the current method of conducting clinical trials,” he added.

Scott Nolan, Partner at Founders Fund, which has also been early backers in companies such as SpaceX and Palantir, said the fund was “really impressed by the Teckro team and their vision for clinical research.

“There’s a clear opportunity in modernizing how clinical trials are run, and Teckro’s mobile-first solution is informed by a firsthand understanding of the challenges involved in conducting global clinical trials,” he said.

Teckro bought and refurbished the landmark Bank Bar building in the city to develop a ‘world-class’ company, its founders previously told the Limerick Leader.

The ever expanding firm believes it has created a unique, if not revolutionary office environment in the city, one intended to encourage and not limit interactions between staff.

“Our aim is to be very ambitious with the company. We feel we know how to create a world class, high performance culture where you get really good people together, you work on big problems, build a lot of momentum around the brand and the idea and you can make it successful,” said Gary.

“The scale of that success is the unknown factor. We are very ambitious, we would like to create a world-class company based out of Limerick.”