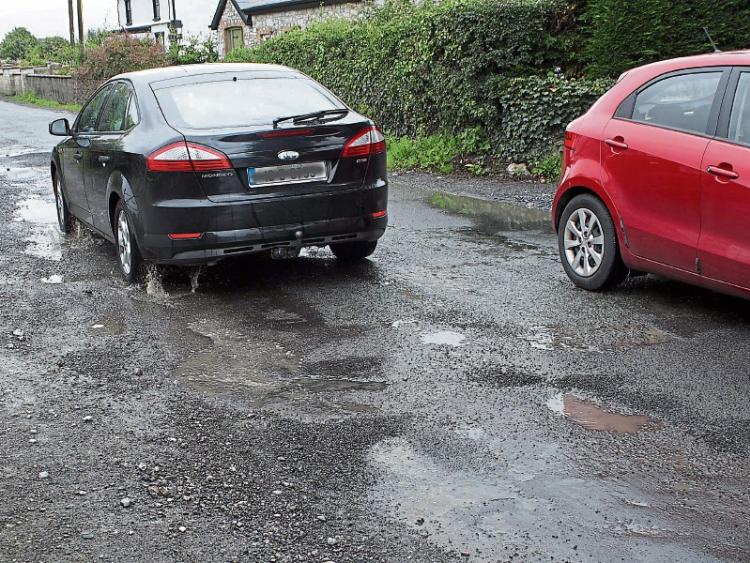 DRIVERS who pay their motor tax are not getting value for money, according to elected representatives who have condemned Limerick’s road conditions.

Between January and June, Limerick City and County Council collected a total of €23,663,003 in motor tax receipts, through 90,880 registered vehicles, according to figures released by the Department of Transport and the council.

Drivers in Limerick have paid an average of €260.38 in motor tax in the first of this year.

Cllr Lisa Marie Sheehy said that cul de sacs, boreens and small local roads are “last on the list” for repairs and development.

“When I was elected, one of the first things that I came across was that a postwoman couldn’t go up the road because it was so bad," she said.

"She had to give all the letters, of the people living up the road, to one of the residents and he would call down to her to collect their mail. For me, that was an absolute disgrace, the fact that the roads were that bad of a state. I had to put a motion forward and we were able to get channels done. And a lot of the problems, especially I am from, relate to water, so the roads are being eaten away,” she said.

Drivers can submit claims to the council if their vehicles are damaged by potholes, which she said is a frequent issue in the Cappamore-Kilmallock area.

“But those people who live on those roads pay their motor tax. And why should other places be prioritised? There are various people getting their cars destroyed. The amount of people who have rang me about potholes that have put off axles and burst tyres in their car,” she added.

“You need a tax clearance cert, a VAT return, signed by a garda. It is absolutely crazy the things you have to do to get a vehicle taxed, never mind how bad our roads are at the moment.

Independent councillor John Gilligan condemned footpaths and roads in St Mary’s Park, which he said requires urgent upgrading. He added that there is too much “patching” in the area.

“The patches eventually shrink. That will lead to potholes, and once they see a pothole, they patch it up again. You can’t patch a road or a footpath, where a substantial amount has been taken out. The only thing you can do is relay the entire footpath, or relay the entire road. We are paying a huge price for it. It is about time that we got something in return.”