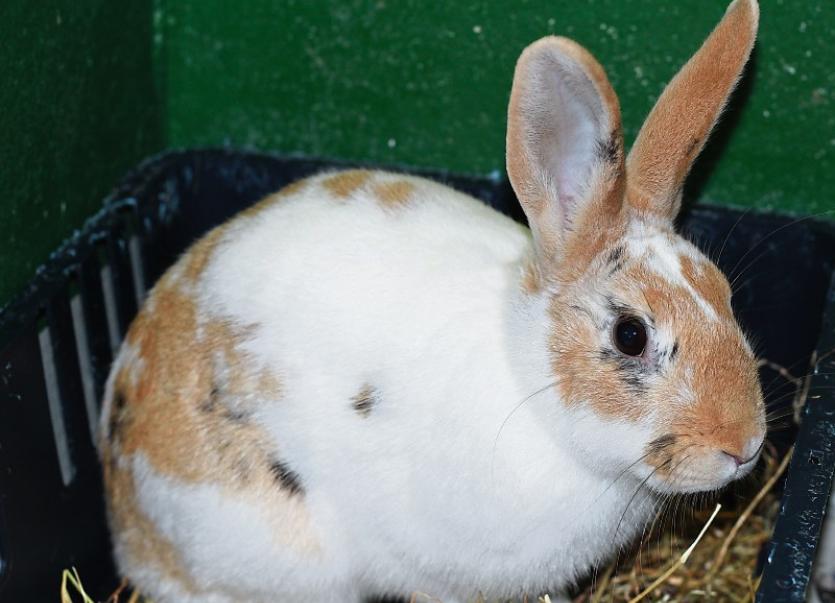 The rabbit population has reportedly “exploded” in many areas of Ardpatrick

BEING surrounded by rabbits may have been a recurring bad dream for Bishop Brennan in Fr Ted but for one County Limerick community it’s a living nightmare.

The local notes for Ardpatrick in the Limerick Leader has reported “a rabbit infestation” in the community describing how the rabbit population has “exploded” in many areas of the parish this year.

“They are causing havoc to vegetable plots, flower gardens or anywhere they find something tasty, there are tiny little ones on the roadsides, many are traffic casualties providing food for magpies and grey crows. Foxes are failing to keep the population down and they themselves are very plentiful,” the notes stated.

Local woman Mary Clifford told the Leader how she came home from playing cards one night last week and counted 12 rabbits on her lawn.

“Twelve rabbits, I actually counted them,” she explained. “That has been the biggest number of them that I have counted. They are breeding like mad. I travelled very fast and skedaddled them in every direction but they are so cute - they just fly. They are so used to it,” she said.

Mary, who has been residing at Mortalstown, Ardpatrick for the past 48 years said she has always had a problem with rabbits on her property but has been plagued by “the pests” this year in particular.

“I am always filling the holes, putting wire around the bed at night. We have a kind of a stone bed and I planted beautiful Begonias - if you planted anything else you couldn’t have it at all - they have a harder leaf. At night, I usually put screen wire around them. I hate wire around flowers so I put it away then during the day but they would root them all out if you left them. You would be sick of it. They are running everywhere.”

Even her dog Blackie, she says, can’t keep them at bay.

“We have an awful dose of rabbits here. And the neighbours have them too. You would see the odd one during the day. My dog Blackie is very good - he does his best. He kills the rabbits and he used to eat the rabbits but he is so sick of rabbits at the moment.I had to take two dead rabbits off the lawn yesterday.”

Mary said when she was dropping home her neighbour on Sunday night, going up along the passage to her home she spotted four of five of them around the yard.

Her neighbours, she said, “are sick of them”.

The Leader's wildlife expert Albert Nolan said there are a number of factors which have to be considered in terms of why there appears to be an increased number of rabbits in that area of Limerick.

First of all you have the hilly habitat so they burrow very easily but also it is a very good year for rabbits,” Albert explained.

“The winter has been incredibly mild. Normally a good long cold winter will kill off a significant amount of the rabbits.”

The fact that people are much less inclined to eat rabbit meat along with the fact that hunting is also frowned on are also factors, according to Albert.

“There is an immunity now against myxomatosis and hunting is now frowned upon.”

And he offers some tips to Mary on how to rid her garden of the rabbits.

“If she goes to a barber shop and gets bags of hair and puts it around where they are coming into the garden, that is supposed to be a deterrent due to the smell.

“Another one is get a local man to pee around the boundary. The rabbits don’t like the smell”.