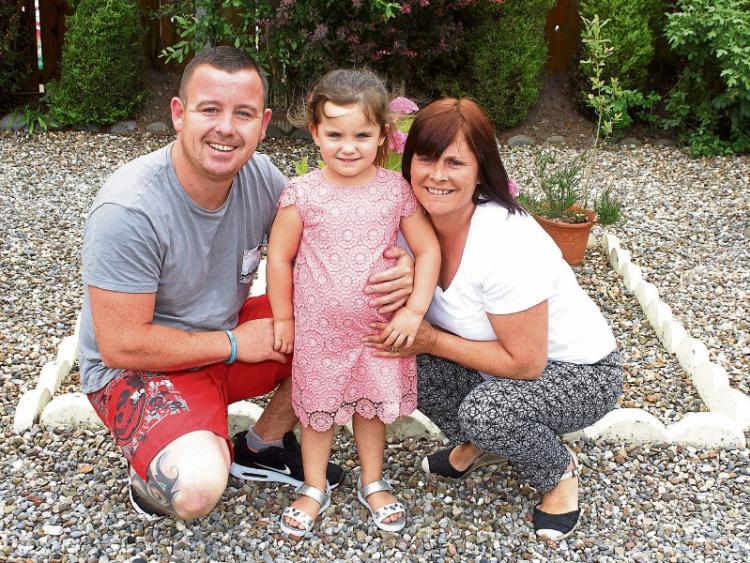 A MURROE husband and wife have given the gift of hope to countless couples by sharing their story of having seven miscarriages and a baby dying shortly after being born, before having a beautiful girl.

But not only have they given that priceless gift Noreen and Ger Thompson have also raised €18,000 for good causes. And they are from finished as Ger plans to run the New York marathon in 2017 and they are organising Kayla’s Halloween Ball for Crumlin Children’s Hospital.

“The reason we raise money for premature babies is because Noreen and I had the misfortune in 2009 of losing a little girl, Kayla, who was born too small to survive. Since then we have worked tirelessly to help others and hopefully they won't have to live through the nightmare that Noreen and I did,” said Ger.

Seven miscarriages and a child dying would test even the strongest of marriages but they kept trying such was their wish for a baby.

“Fortunately we had a frightening but happy outcome in 2012 when our second daughter Ellianna was born. She spent just over three weeks with the nurses at the neonatal ward at the Regional Maternity Hospital. She is now four and full of character,” said Ger, who adds that for them fundraising and “giving back to all who helped us never stops”.

“To think someone else is going through what we went through inspires me to fundraise and hopefully prevent it happening in anyway I can,” he adds. In light of recent charity scandals he says it makes it “harder for genuine people like myself to fundraise”. In this regard, Ger says being from Limerick is a “blessing”.

“You won't find more supportive people anywhere in Ireland. I think as a county we love an underdog and warm to anyone trying to do the right thing for the right cause. We will be out over the next few weeks with buckets and bag packing. You never know when you might need Crumlin to save someone belonging to you,” said Ger. Kayla's Halloween ball takes place on October 29 in the Kilmurry Lodge. See their Facebook page to book.