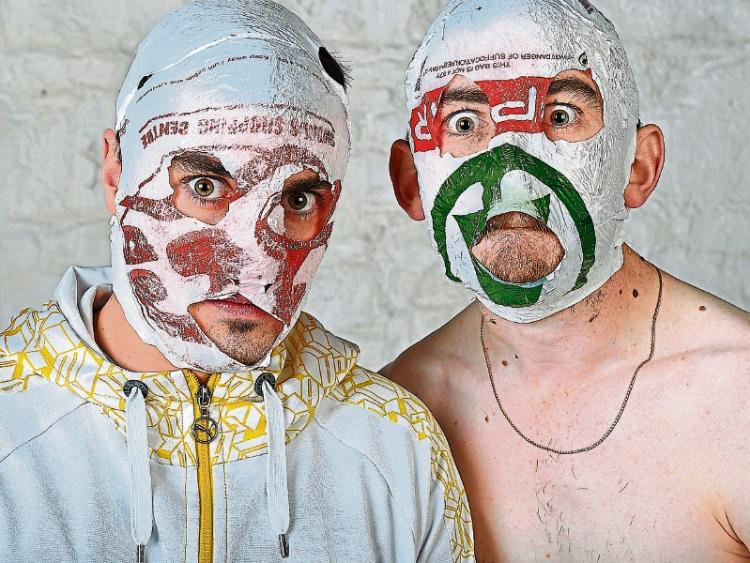 RENOWNED satirical duo, The Rubberbandits will go back to their musical roots and break out the funk at this weekend’s Beatyard festival, in Dun Laoghaire.

Speaking ahead of their 3pm mainstage gig on Saturday, Blindboy Boatclub said they couldn’t miss the opportunity of being on the same lineup as Clinton and his funk empire.

“The ‘Bandits music and production is hugely influenced by P Funk and later by G Funk. I learned bass by listening to Bootsie Collins and my synth-playing has a lot of Bernie Worrell in it. It's a massive honour to be on a lineup with the likes of Clinton. The way that Parliament/Funkadelic created more than music was always intriguing to me. There was a whole new language and a universe with different characters in it that the listener could get into,” he said.

He said that they have freed up some time on their “very busy” schedule, for the Dublin festival.

“We're very busy at the moment, writing and shooting two TV shows. We really shouldn't be doing this festival at all because we've no time. But I couldn't turn it down because it meant being on a poster with George Clinton. What makes this festival different is the curatorship. Without sounding like a gowl, Beatyard is for people who really know their tunes and the history of music.”

He is also enthused about Roy Ayers, the virtuosic vibraphonist who later became an icon of American jazz, soul and funk. He said that Ayers “helped me to learn how to produce hip hop”.

Roy Ayers will perform on the mainstage on Sunday, at 5.45pm, followed by Charles Bradley and His Extraordinaires. George Clinton will mark the end of the festival at 9pm.