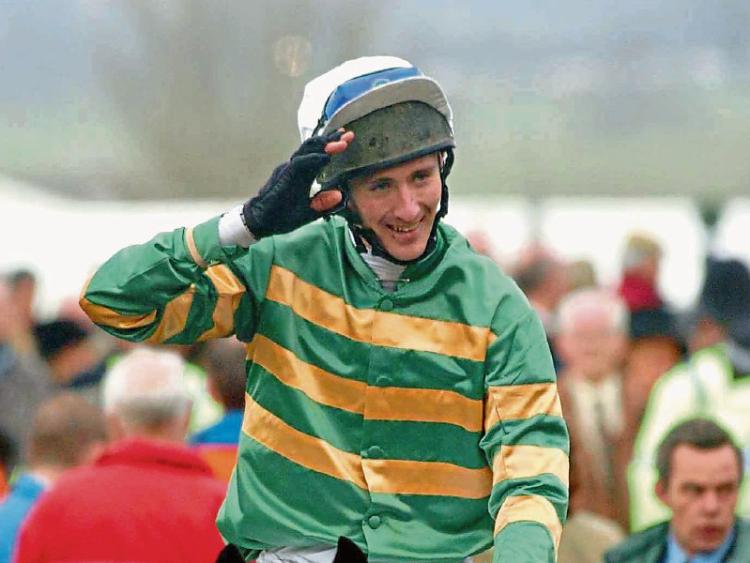 THOUSANDS of people, including leading lights from the racing world, will descend on St Michael’s Church in Manister this Friday to say a final farewell to a father, a husband and  “a straight, honourable and decent man” JT McNamara.

The Croom man who was widely considered to be one of the leading amateur riders of his generation, was paralysed after suffering a broken neck after a fall on Galaxy Rock at the 2013 Cheltenham Festival. He passed away at his home early on Tuesday morning after suffering health complications. He was just 41-years-of age.

Paying tribute to his nephew this Wednesday, Andrew McNamara Snr described the horseman as “a rare individual”.

“I think that cliche about breaking the mould, if it was ever to be applied to anybody it would be to John Thomas,” Andrew told the Leader.

“He was tough in a very gentle sort of way. He was the most humble fella you would ever meet but he was steely - 100% steel, and determined.”

Andrew McNamara, an experienced trainer said JT was the inspiration for all the family including his owns sons Andrew jnr and Robert who both had successful riding careers.

“He never spoke about anything only racing. As he said himself he never wanted to talk about flowers or furniture,” he smiled.

“I remember when he was very young, the first time he built a snowman, it vanished. When he built the second one, didn’t he put a rope around him and said ‘I’ll make sure the fecker doesn’t go anywhere this time’. I think that summed him up for the rest of his life.”

Despite his devastating fall which left him entirely motionless from the neck down, JT was determined to use his vast knowledge of horses to pursue a career in the racing industry and turned his attention to training. He operated from his Springfield Stables in Croom where he and his wife Caroline were extremely popular.

It was only five weeks ago that the father-of-three moved into a new home beside his Springfield Stables which was specially designed to meet his medical needs.

“He had been out with the horses, doing what he loved, up to Friday,” said Andrew who paid tribute to JT’s wife Caroline and her mother Phil for the exceptional care they gave JT since his accident.

”We can never thank them enough,” he said.

Racehorse owner JP McManus paid tribute to the “wonderful kindness and loyalty” of JT who “was loyal to a fault either to man or horse”.

“When JT had his accident in Cheltenham he could have died that day, but the will of the man to live at the time, and the good that came out of that afterwards from the hundreds of people who rallied to support him and his family; that is his legacy,” said Mr McManus.

Trainer Enda Bolger who enjoyed many great days with JT in the winners’ enclosure recalled “a great friend, who let the riding do the talking.”

“We were the best of friends,” said the Bruee-based handler.”We missed him dearly since he got his fall and we are going to miss him even more now.  His wife Caroline showed a great determination of spirit as did the whole family.

“JT was a straight-talker, there was definitely no bull. Nina (Carberry) said she learned so much from him as well.”

JT’s close friend Mikey Joe Cregan from Athlacca recalled “an hourable fella” who was blessed with “a fantastic brain.

“Oh he could be a grumpy fecker at times, never with me now,” he emphasised.

“We often sat in a car for half an hour and we mightn’t say nothing. I might be looking at the paper or something. We drove all around England. If we took a wrong turn, what the feck about it, we would go again.”

In his final days he was still talking about horses.

“Enda spoke to him about him riding the winner of the GPT in 2004 over the weekend. He was hard as nails, a very special fella and I was just privileged to know him.”

JT McNamara is survived by wife Caroline, sons Dylan and Harry and daughter Olivia, parents John and Kathleen, brother Aongus, extended family and a wide circle of friends in the racing community and beyond.

His funeral Mass takes place at 11am with burial afterwards in local cemetery.