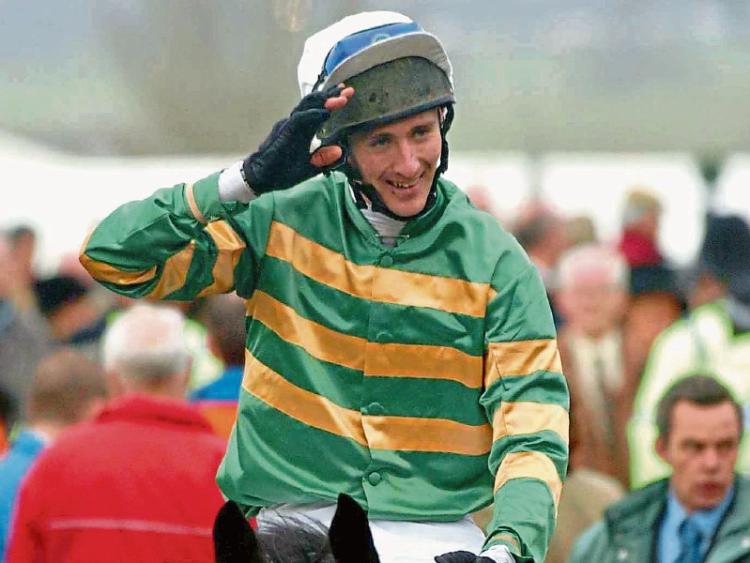 FUNERAL arrangements have been announced for Limerick jockey JT McNamara who passed away at his home on Tuesday morning.

The father-of-three of Toureen, Croom will be reposing at his home on Thursday from 2pm to 8.30pm followed by removal to St Michael’s Church, Manister.

Mr McNamara’s funeral Mass will take place on  Friday at 11am with burial afterwards in the local cemetery.

Tributes have been pouring in for Mr McNamara, one of the leading amateur riders of his generation, since news of his death emerged on Tuesday morning.

The multiple Cheltenham festival winner had been left paralysed following a fall at the Festival in 2013.

He suffered complications at his home on Friday night and was rushed to University Hospital Limerick. He went home on Saturday to spend his final days with his family.

Mr McNamara, 41, enjoyed many great racing wins in the colours of his long-time supporter, owner, JP McManus. He rode over 600 winners in total over his career.

JP McManus lead the tributes to the popular jockey describing him as “loyal to a fault either to man or horse”.

“When JT had his accident in Cheltenham he could have died that day but the will of the man to live at the time, and the good that came out of that afterwards from the hundreds of people who rallied to support him and his family; that is his legacy,” said Mr McManus.

A minute’s silence will be observed before the 5.45pm race at the Galway Races this Tuesday afternoon.

Family flowers only, donations, if desired, to the Irish Injured Jockeys Fund.