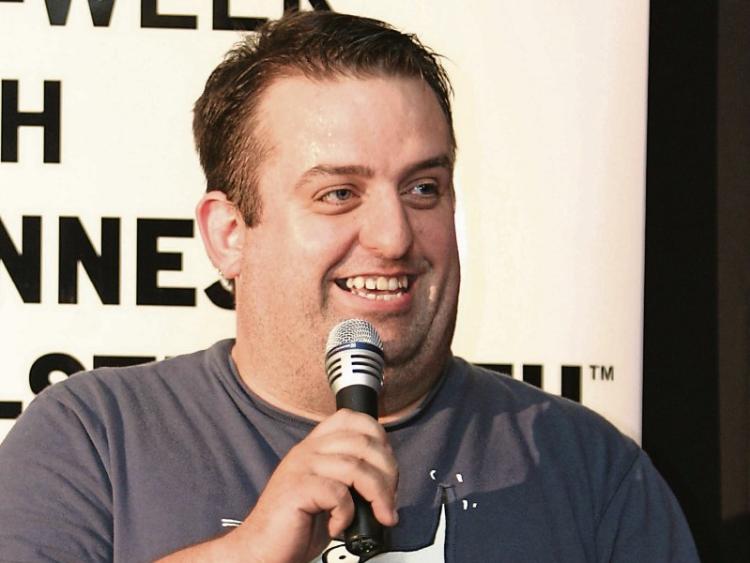 Karl Spain is to feature a Celebrity Operation Transformation

RENOWNED city comedian Karl Spain is aiming to lose the pounds as he hits the TV screens for RTÉ’s Celebrity Operation Transformation, next month.

The 44-year-old comedy writer and actor, who hails from Corbally, said that the “much-needed” transformation is long overdue.

He will be joined by other notable personalities, including comedienne Katherine Lynch, solicitor Gerald Kean, TV3’s Midday host Elaine Crowley, and RTÉ radio reporter Brenda Donohue. Kathryn Thomas will be the show’s host.

“I am excited about this,” he told the Chronicle. “It was my New Year’s resolution to lose some weight in 1994. Hopefully, I will be able to follow this up. I have tried to do this before.

“I haven’t done much in a while, but in the past, I have gone and lost significant weight, a couple of stone, here and there. But then I got lazy again and the weight would go back on, gradually. It usually goes up quicker than it goes. I am sure everyone knows that,” he said.

Though he has previously attempted a dietary and lifestyle change, Karl said that this will be “the most thorough” process.

“And I think the fact that it going to be on TV, I won’t be going into shops and chippers anymore. It’s going to be like having my picture up in Donkey Ford’s with it saying ‘Do not serve this man’. But this will help me to avoid the embarrassment, wherever I go. I don’t know, I’ll drive to Ennis for an Abrakebabra!” he laughed.