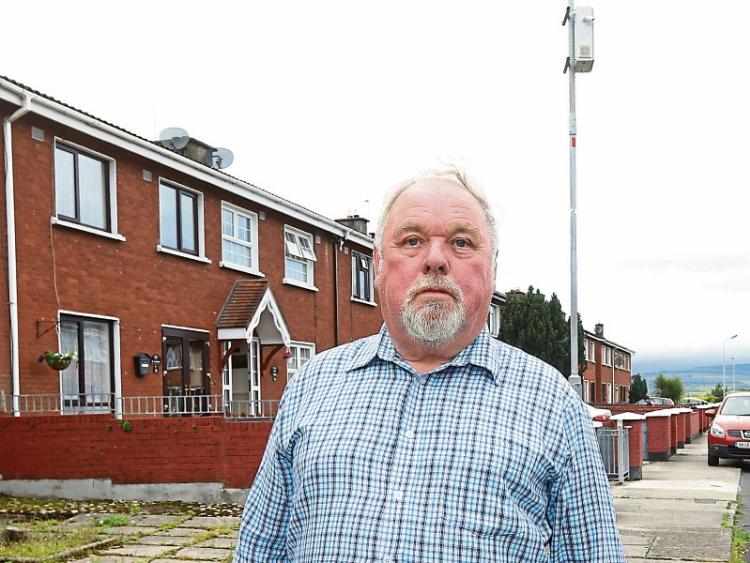 Cllr John Gilligan: Says he “absolutely certain” the attack is due to his appearance on RTÉ

FORMER mayor John Gilligan has vowed to continue speaking out against criminality in the city, despite what he feels was a plot to murder him.

The high-profile Independent councillor said he was targetted after he went on RTÉ news last week and welcomed heavy sentences imposed on Brian and Kieran Collopy. The pair were given eight-year jail sentences at Limerick Circuit Court, after being caught in possession of almost €40,000 worth of heroin.

But after he spoke out, Cllr Gilligan said three men wearing balaclavas were sent to do a contract job on him hours after he appeared on television.

He said they tried to disarm CCTV erected outside his home in the Lee Estate, but were unsuccessful.

“It transpires there are a number of young guns growing up in my area causing dreadful damage. They decided they were going to ‘sort me out’. The attitude is: how dare anybody say anything about anybody down there,” he told Live95FM.

Cllr Gilligan said these people have to learn that attacking his house is a pointless exercise.

He said he is “absolutely certain” the attack is due to his appearance on RTÉ.

But he will not be cowed by it, adding: “If I am afraid to speak out on a huge issue, how can I turned around and ask other people to do it? It is not that I want to do it. I feel I have an obligation as a public representative to make these points. “

Gardai are continuing to investigate the attack, Cllr Gilligan added, and have downloaded images from the CCTV cameras.

The councillor has said he will not be driven out of the area.