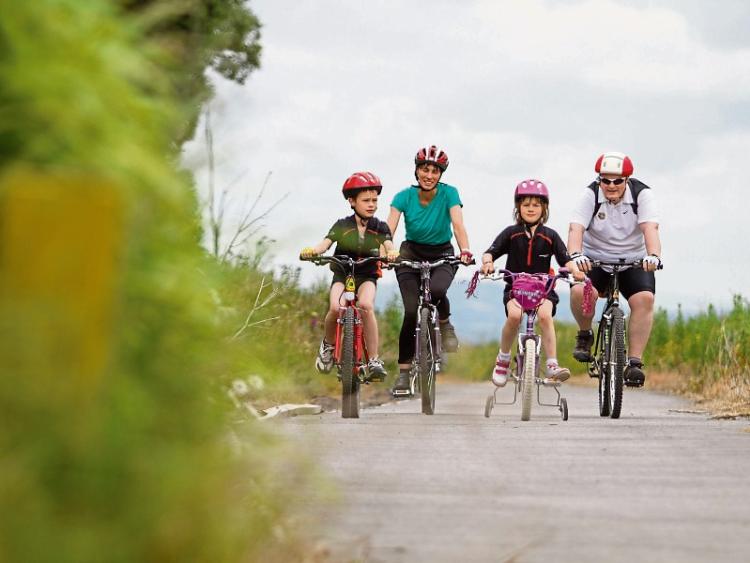 DECIDING on a name which would help brand and market the Great Southern Trail is one of the priorities outlined to councillors in the Newcastle West Municipal District.

“It is confusing when you don’t have a clear name,” Mary Hayes, a senior official with the economic section of Limerick City and County Council told councillors. And this needed to be agreed before new signs for the trail were put in place.

“There is a growing tourism sector in terms of outdoor pursuits and adventure,” Ms Hayes said. “We need to capture that.” Overseas visitors who engage in “activity tourism” spend more money and more time in the country then the average visitor, she explained and the sector is worth well over €1b a year to Irish tourism.

But for Limerick to gain a slice of that action, she argued, clarifying the image of the GST was vital. Other greenways such as the ones in Mayo and Waterford offered coastal scenery. “What is our brand for this greenway? What is it going to be known for? What are we selling and what is the raison d’^etre are  questions that had to be addressed and answered, Ms Hayes told councillors, outlining some options such as railway heritage, musical culture or food.

“We need to engage with communities who live along the trail,” she said.

In 2014, 1.2m overseas tourists engaged in walking or hiking while 286,000 engaged in cycling, according to figures Ms Hayes . However, she added, the GST trail was not up to national cycling trail standards at the moment but funds from the Rural Recreation fund to install cycle-friendly crossings would remedy that. These have been designed and are currently being installed.

Ms Hayes said that €500,000 in funding was being sought to extend the trail from Rathkeale into Limerick. One possible route would be along the unused Foynes to Limerick rail line but there were other options. Limerick also needs to engage with Kerry County Council, Ms Hayes said, to extend the route from Abbeyfeale to Tralee.

Since Limerick City and County Council had taken over management of the GST trail last November, maintenance of the trail  had been agreed with West Limerick Resources and €40,000 set aside to fund it. “There have been challenges in the past with maintenance,” Ms Hayes acknowledged and they needed to agree priorities and regular inspections.

Ms Hayes also argued that a further priority was to put in place a steering group to monitor and prioritise the action plan for the GST trail “Huge thanks and credit are due to the Great Southern Trail Group,” she said. But there was a need for wider community engagement from hotel and B&B owners, from farmers, sports clubs, shops and from Failte Ireland.

“Ye have a pile of work done,” Cllr Liam Galvin said but added that the GST Group should be “kept in the loop”.

He stressed that signage along the trail was as important as signage for the trail and he called for footpath access to the trail from Abbeyfeale town.

“Somebody at senior level must take it (the trail) and bring it to the next level,”  Cllr Michael Collins said asking that community councils and chambers of commerce be included and that the website be updated.

“We need somebody to take ownership,” Cllr Jerome Scanlan said while Cllr Francis Foley said he was disappointed the continuation of the trail from Abbeyfeale to Listowel was not included in the recent round of funding.

“I am delighted to see you have given a lot of thought to branding,” Cllr Seamus Browne said, adding that angling should be part of the trail experience.

Ms Hayes told the councillors that a meeting in early August would finalise the decision on a full-time person for the trail.