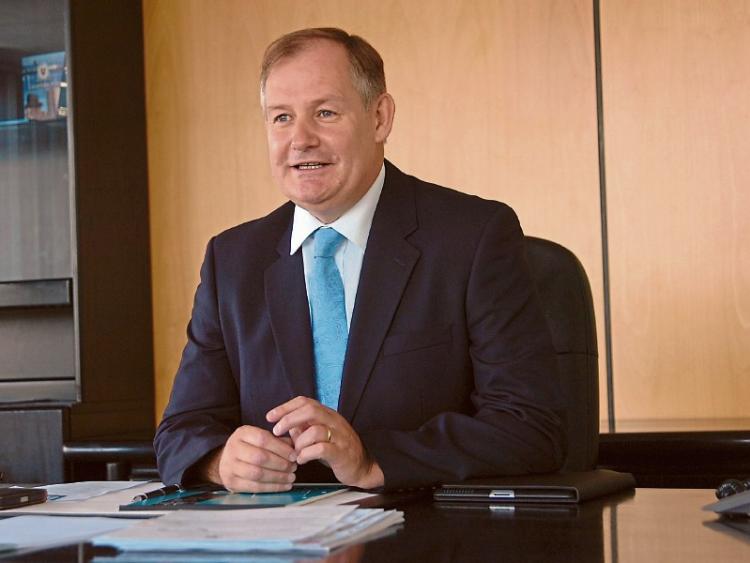 “This is not about downgrading. This is about allocation of resources”: Council CEO Conn Murray

“THIS is not about downgrading. This is about allocation of resources,” chief executive Conn Murray told councillors this Monday at a full meeting of Limerick City and County Council.

He was replying to a motion from Cllr John Sheahan calling for current levels of the fire-fighting service in rural and county areas to be protected.

“I am laying down a marker,” Cllr Sheahan said. He would not  support any plan that might lead to a downgrading or a perceived downgrading of the county service, he pointed out, whether that happened through categorisation or otherwise. “The perception seems to be if we got a new appliance in the morning, it would have to go to the city because of the higher categorisation and some station in the county is going to end up with all the old ones,” Cllr Sheahan said.

At the heart of the debate was a draft Section 26 plan for the fire service which is currently being discussed at the various Municipal District meetings and which councillors have the power to acccept, reject or amend. The draft plan includes risk categorisations for the various fire-stations and this has given rise to concern among councillors. “We have had lots of representations from our retained firefighters,” Cllr Sheahan told Mr Murray.

“There has been no diminution of the service in any way,” Mr Murray responded. In fact, he argued, the fire service was the only section in the entire council that had not seen any reduction in staffing or funding either in the city or county.

“This isn’t about funding. This is about producing an appropriate professional service for the people of Limerick,” Mr Murray said.  “I am not going to put any of our staff at risk,” he continued,” But you must put the resources where that risk is.”

All operational matters were agreed between unions and management at national level, he  pointed out. But he told Cllr Liam Galvin: “We will not be reducing numbers.”

The real concern, Cllr Seamus Browne said, was that categorisation would lead, at some future time, to reductions in staff numbers and in pumps.

Cllr Richard O’Donoghue’s concern was that fire services from outside the county would be used more under the plan. And this was echoed by Cllr Noel Gleeson who said that if call-outs at a particular station were down, it could be used to justify a reduction. “Outside areas are critically important,” Mr Murray said. It was about who was best placed to respoind and how quickly.

In reply to Cllr Stephen Keary’s concern that the service might be regionalised, Mr Murray pointed out the firefighters’ unions were in favour of one fire service. But he told Cllr Vivienne Crowley, who was concerned that retired firefighters would not be replaced: “We are not in the business of natural wastage.”