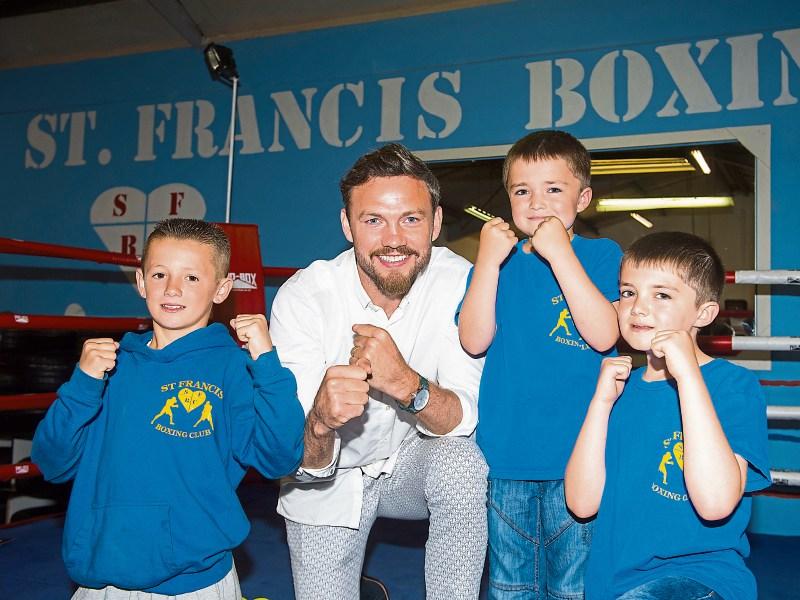 
After a year-long campaign to secure funding for land on Old St Francis Street, Limerick City and County Council, through its Regeneration programme, purchased an adjacent property for €61,000, in early June.

Andy Lee, who saw the proposed expansion plans for the club, said that St Francis Boxing Club should be “on a par with any high quality gym around the world.

“I know from personal experience and I see it all the time, whether it’s here in St. Francis, in Repton in the UK where I first stepped into a ring, in New York, where I’ve trained, or wherever – involvement in sport changes lives, puts people on a path in life. It teaches you discipline, respect and so much more.

“That’s why this investment here today is so important.  You have to invest in young people, give them a purpose. You get a life-long return from it. The St. Francis Club has turned out and still is turning out national champions. That will only increase now with this expansion as double the numbers will be able to train here. Who knows, maybe we already have an up and coming world champion in our midst in the club and that’s something we all dream about.”

President Noel Griffin, who has been a member of the city club for more than 60 years, said that Friday was a “dream day” for the boxing community.

“We have been constrained in terms of capacity for so long that I expect we will double the members in the club within weeks of the new extension opening.

“It is a show of great commitment to sport and to giving young children the best possible start in their lives by making sure top notch sports facilities are available for them in the city,” he enthused.

St Francis’ is the longest-standing boxing gym in the country, founded in 1928 at its original base near Arthur’s Quay. The club currently has 10 current and former national champions.
For more photos, see next week's Limerick Leader, print editions