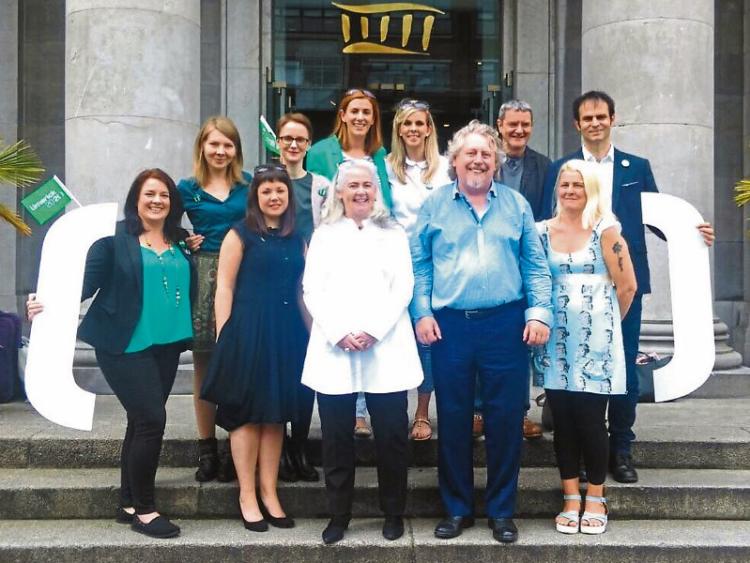 DESPITE almost universal agreement across the region that the cultural momentum kickstarted by the European Capital of Culture 2020 bid process must be maintained in Limerick, the way forward remains as yet unclear.

Council boss Conn Murray outlined at a local authority meeting this week that contact has already been made with winning bidders Galway, to see what links can be established.

Yet, in answer to queries from the Limerick Leader about where Limerick goes now in terms of culture, whether the council will look to further fund cultural projects or elements of the artistic programme assembled for the 2020 bid, the CEO of the council said it was “a bit too early to answer these questions”.

The intention is to “come back to council with a proposal in September about how we can take advantage of the opportunities that are here now and the level of support that Limerick 2020 has achieved”, he said.

He said he was “very disappointed with the result but there’s so much done to date that we don’t want to lose that – we need to see what we can build on and how quickly we can do that”.

A review process will take place and feedback is due from the judges overseeing the European Capital of Culture (ECOC) bidding process in the next few weeks. Mike Fitzpatrick and Sheila Deegan, bid director and deputy director, are contracted until the end of the year. Likewise, the offices in use by the team are “in place until the end of the year”.

The view that this ‘cultural momentum’ must not be lost was repeated by a wide variety of people with an interest in Limerick’s culture in the aftermath of the decision in Dublin, from those working on the ground in the artistic community, to those staffing the 2020 bid, to arts minister Heather Humphreys.

Elements of the programme in the 100 page bid book – which is available online – must go ahead, including a School of Spectacle, which was funded by Creative Europe. It is not clear what the status of a committment of €2m from the JP McManus Philanthropic Fund to the project is, but a source said the trust remains “in favour of helping to fund projects”.

Likewise, there was a commitment of €250,000 in funding from the Clancourt Group, parent company of the Crescent Shopping Centre, spread over the years running up to 2020.

Mr Fitzpatrick echoed the sentiment expressed by Conn Murray and said “we will take the next few weeks, to September, come back and re-group and say ‘how do we organise’”.

“It is a question of looking and saying what is necessary to continue the cultural momentum,” he said.

“I think to take personalities out of it, we have to step back and organise a structure. So we are not saying ‘who is doing what’. You have to turn it off and on again – so it is kind of a reset.”

Sheila Deegan said it was “absolutely” time to take a moment and figure out the correct way forward, pointing to the development of a cultural strategy for Limerick, which was part of the ECOC process.

“We are going to seek help and advice in reflecting. We are overwhelmed by the support, the real belief that this has been a precious moment for Limerick.”

Both expressed the belief that everything possible was done to attain the prized designation, worth an estimated €170m to the winner.

“Certainly we left nothing on the floor, and I think we can proudly say, and given all the various people that were looking over our shoulder, we came out of that room saying we have done as much as we can,” said Mr Fitzpatrick.

Asked about legacy, he added: “Simple steps of doing cultural events better, every year, consistently rising. That could be as valid a legacy as you can get with the designation, I know there is a lot of good things as well, but that raising that bar all the time and coinciding with improving investor confidence – basic stuff.”

While there was agony in Limerick, there was ecstasy in Dublin and Galway, where hundreds watched the European Capital of Culture announcement.

A group gathered at the Strand Hotel in the city at the same time, eyes glued on the 2020 bid outcome live from the Kevin Barry Rooms of the National Concert Hall in Dublin.

In the room itself, packed with media and supporters of the three bidding cities – also including the Three Sisters clustering of Waterford, Wexford and Kilkenny – there was a palpable air of tension. Shortly before 12.30pm, chair of the ten person jury, Steve Green, named Galway as the winner of European Capital of Culture in 2020.

The immediate, on the whistle reaction from Mike Fitzpatrick saw the Limerick 2020 bid director magnanimous in defeat.

“Obviously we are disappointed, but fair play to Galway, they have really had to work hard to get this and it will be a fantastic year for them. Certainly, we have every intention of working with them and collaborating with them. So it will be of benefit to Limerick also, and we will just have to treat it like that.”

Arts minister Heather Humphreys said that “there was a huge amount of work put into this in Limerick and the Three Sisters as well, and I think, I know, that there is a great plan in terms of culture and of course Limerick will continue to build on the very successful National City of Culture.

“So I would encourage Limerick to engage with communities, to continue to develop this cultural strategy that they have, and their application, it is all in there, and to keep the momentum going.”

Mr Green said that they were “three very, very strong bids” adding that it was “a momentous day for Limerick and the Three Sisters, not just Galway”.

“One city is going to get higher publicity, but the other two now have got cultural strategies and that momentum and enthusiasm that we saw earlier in the week in the streets of Limerick, that has to continue.

“What no longer happens is the bid is put on a bookshelf and everybody forgets about it; everybody, whether media or citizens (must ask) what are we going to do now? So that makes it a really positive activity.”

In the Strand, there was a “sense of deflation when the announcement was made,” according to Lime Tree boss Louise Donlon.

“I felt we put in such a huge effort and Tuesday was the most amazing day here in Limerick,” she said. “You really got a sense of what was possible and then, it was really disappointing. But then, ok, we lost the bid, but in many ways the process has shown us what is possible.

“And, if we can build on that, even in a small, reduced way to the original plans, it still could be a game changer. And I think it has been a game changer for Limerick.”

Playwright and former Belltable director Mary Coll said that, moving forward, “we should, in an ideal world, have public engagement.

“I think the last thing we need to do is a post-mortem. I think it is really important that try to have some achievable targets for the city for 2020 of our own.

“Any funding that the council and any other agencies were going to be able to commit to us, some funding should be still committed to improving our cultural infrastructure. And we should not give up on ambitious cultural targets.”

Theatre practitioner Monica Spencer said that, while the outcome was “incredibly disappointing” there remains “an opportunity to now really breath and I think we all need to stop coming up with fantastic ideas and just look at what we already have and really build on that.

“Now, it is a really interesting time, it is the blowing away of all of that potential infrastructure and what I would call a ‘lottery mentality’ to what we have and what we can build and what is very good anyway,” she explained.

“I really would like us to have, I mean all of us in the community, not just artists, a look at what we can still build on out of 2014, as well as some other things that were raised in this bid book. Look at what is real, what has happened, what continues to happen and where we can go.”