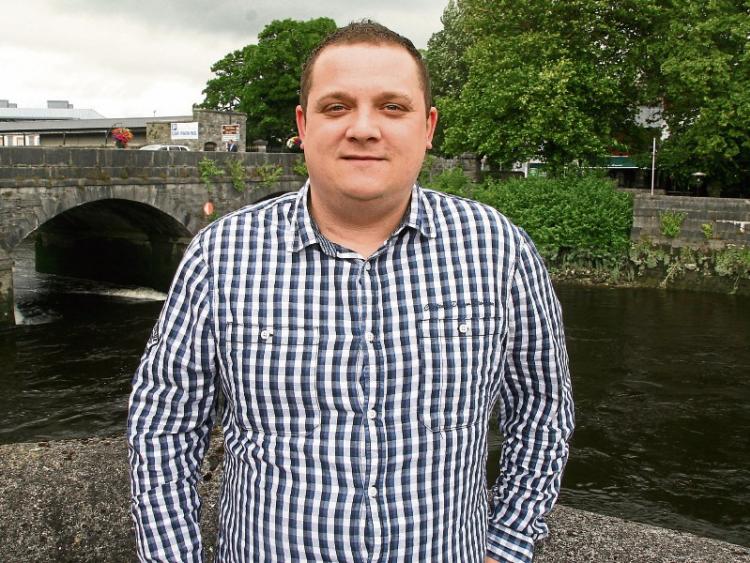 John McMahon of Kennedy Park, near the Cathal May Roberts building, where he is offering a free counselling service

A LIMERICK man who has recovered from a series of addictions is now helping other people experiencing the same problems.

John McMahon, Kennedy Park, has set up an office where he will run counselling sessions at the Cahill May Roberts building at Bank Place.

He will run a free, non-judgemental counselling service dealing with both mental health issues and addiction problems.

John – who has recently completed a course in addiction studies at the National University of Ireland in Maynooth, and hopes to continue his study at the University of Limerick – said in the past, due to the fact he is well known across town, people approached him for help anyway.

Young  people in particular, are his most regular callers.

“We have the whole range of different scenarios you might come across in a day,” he explains, “My whole aim is to give something back. When I came to Ramie [O’Halloran – who runs City Build at Cahill May Roberts] he told me it was a great idea. I know what it is like to want to need help from my own past experience.”

John leads a team of seven volunteers, and each week, he would see on average ten people.

He says his phone never stops ringing, and often it is people in regeneration areas who feel forgotten about.

“There is a book called Understanding Limerick, written by Niamh Hourigan. In the book, she wrote about the ‘men on the margins’, and it really hit home to me. These men reject criminality but struggle to integrate themselves into what they perceive as mainstream Limerick culture. As bystanders in the two cultures, they have few outlets for self-expression. It hit me in the stomach,” John said.

John reiterated that despite his emphasis on the regeneration communities, and disadvantaged areas, he will talk to anyone from any walk of life.

“My aim is to reach out to people who are afraid to ask for help,” he added.