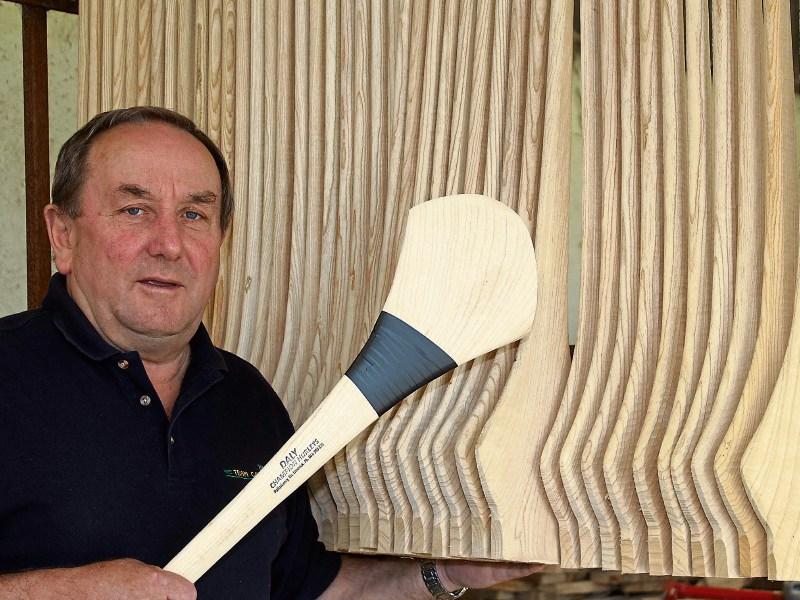 Hurley maker DJ Daly, pictured in his worshop in Pallaskenry

LIMERICK hurley makers are hoping that every effort will be made to limit the spread of ash dieback disease, to save the hurley.

Seán Kelly MEP hosted a unique seminar on the future of the hurley stick and the threat of the ash dieback disease, at the Munster GAA headquarters in Castletroy on Friday.

Ash Dieback is a chronic fungal disease of ash trees in Europe characterised by leaf loss and crown dieback in infected trees. The disease impinges on the production of ash trees used which are used to make hurleys.

“Around 115 cases of ash dieback were recorded across 19 counties in Ireland by January 2016, according to Department of Agriculture findings,” Mr Kelly said.

“A study by tree ecologists at Keele University in the UK, published in the Journal of Ecology earlier this year, also warned that ash dieback and the emerald ash borer posed a serious risk for European ash trees.

“Ash dieback spores can be transported by the breeze as far as 10 miles in distance and can survive on woodland ground for up to five years. We know all too well how difficult it is to deal with in Ireland," Mr Kelly added.

Mr Kelly was joined by other speakers at the seminar including the Minister of State for Food, Forestry and Horticulture, Andrew Doyle TD and John Turley - a leading hurley maker.

Like many in the business, Pallaskenry-based hurley maker DJ Daly sources wood from abroad.

“I bring my ash in from Europe. I have tried a lot of different countries but I just bring it it in from one country in Europe now - I get good supplies,” DJ explained.

“All the ash coming into the country now, the bark must be taken off it which makes it more expensive as well. The disease is carried by the wind or even by people walking in forestry. Not every ash tree will get it - some are tolerant to the disease. One tree might get it and the one next to it might not,” he added.

Bruff-based hurley maker Willie Bulfin said that while his business hasn’t been directly affected by the disease, he has noticed a delay in ash coming into the country.

“We make all the hurleys by hand so we don’t mass produce,” Willie explained.

“ The bigger the amount you would want, the more affected you would be.  We would be affected from the point of view that it is a bit slower getting the ash.  We get the ash from two lads who either source if from Ireland or Britain. To be fair, what we are getting is every bit as good as what we were always getting.”