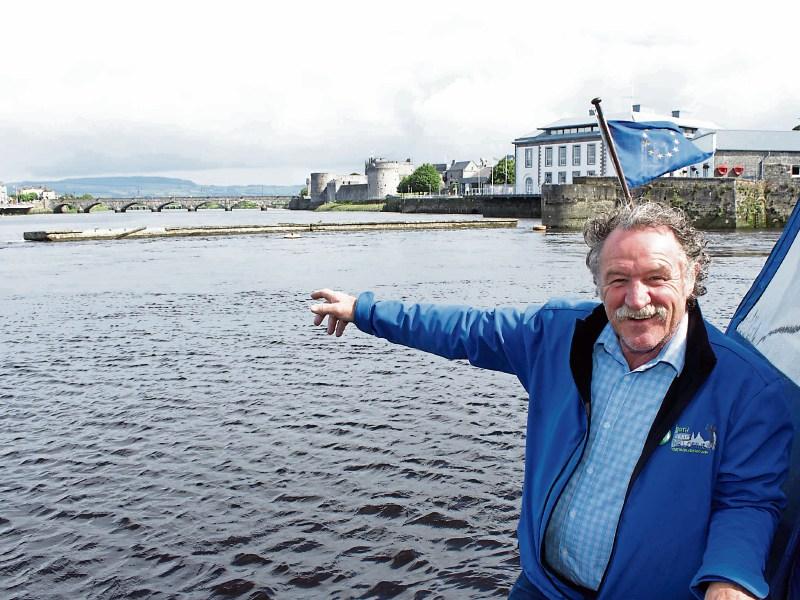 Ray O'Halloran at the breakwater at Arthurs Quay

TWO miles away from the site of the proposed €18m footbridge lies evidence that an alternative 'boardwalk’ may not work.

That’s according to experienced boatman Ray O’Halloran, of the Voice of the River, who says the speed of the current would be too strong.

In response to huge criticism of the council’s proposal to build a footbridge from Arthur’s Quay to the courthouse, city architects Healy and Partners designed an alternative boardwalk.

Provisionally titled ‘The People’s Bridge’, the walkway would link Honan’s Quay, and cross the rear of the island of Shannon Rowing Club, before ending at the old Potato Market.

However, Mr O’Halloran does not believe this would work, and this Wednesday, took the Limerick Leader to see a damaged pontoon at Long Shore at the Abbey River.

“If this does not indicate to you the power of the water, nothing will. Why is nobody talking about this,” he asked.

He said that in just six months, this ‘breakwater’ had shifted a metre to the other side of a set of yellow bollards.

Michael Healy, Healy and Partners, last week rejected claims his concept would be negatively affected by the speed of the Shannon – estimated to run at 900 cubic metres a second.

“The boardwalk is tidal. It works at low tide and high tide. These platforms would be similar to the platforms currently in the river, so you’d be changing nothing,” he said.