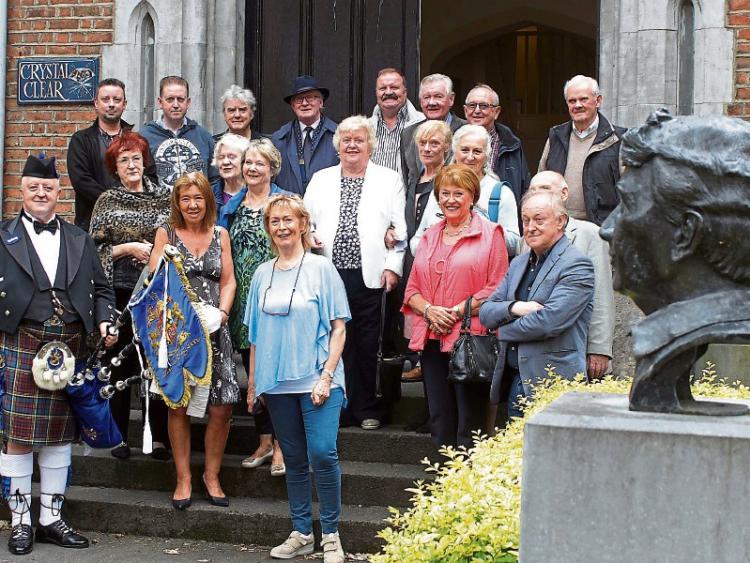 While the funeral of one of Limerick’s sons Alphie McCourt was held in New York, his friends in the city gathered to pay tribute to him this week

A BOOK of condolences remains open for the family of the late writer Alphie McCourt, in the museum bearing the name of his Pulitzer Prize winning brother Frank.

A memorial to Alphie was recently held in the Frank McCourt museum on Hartstonge Street, where numerous tributes were paid to him after his sudden passing, while the funeral service was held in New York.

Artist and curator of the museum, Una Heaton, who organised the memorial, said it was a “very dignified, informal event, with his old friends sitting at the desks in the museum”, which was formerly where Frank went to school.

One of his close friends, Michael Ryan, said that they never lost touch inspite of the physical distance between them over the years.

“That connection was there all time. He was a real gentleman. We met up in Limerick last year, walking from the Redemptorists to Barrack Hill [where the McCourts grew up], and ended up in the Windmill bar, and he enjoyed that. I will certainly miss him,” he said.

Poet Fiona Clark Echlin composed a sonnet for Alphie, which she read from the top of the class this Monday, while Mick O'Donnell, the former Angela's Ashes walking tour guide in the city spoke of the first time he met Alphie and his brother Malachy on the guided walk, long before Frank joined him on the route.

The book of condolences will later be presented to Alphie’s widow Lynn, and their daughter Alison.