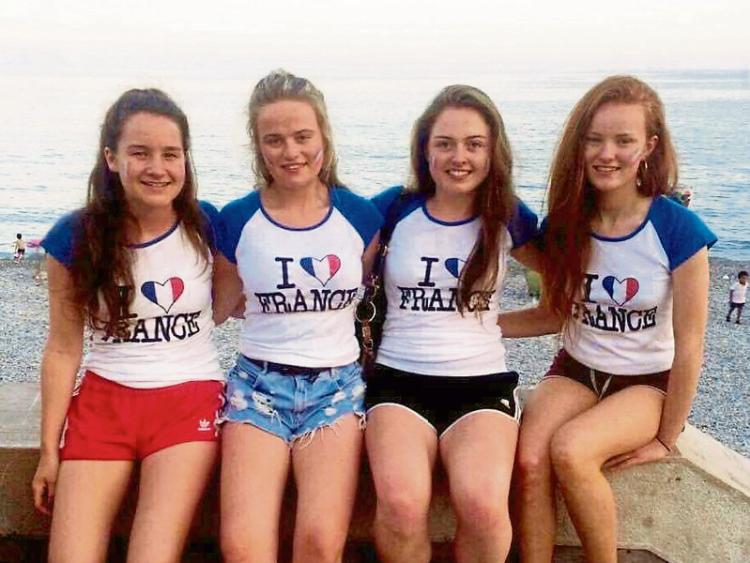 FOR the third time in less than two years, the Alliance Francaise de Limerick will hold a vigil in Pery Square this Saturday to reflect on the latest attack on French soil - this time in seaside resort of Nice, which has claimed at least 84 lives.

Marie Hackett, the vice consul honoraire de France, who lives in Limerick and was recently honoured with the Legion d'Honneur, said she has been left saddened and numb by the latest terror attack, which occurred on Bastille Day, a day of French celebration.

"I was at the French Embassy in Dublin last night to celebrate Bastille Day, and there was a marvellous atmosphere. I was travelling home when I heard about what happened in Nice.

"At first there were reports of a small number of casualties, and now this morning we see the death toll is at least 84. It is horrific, just carnage. It's a human catastrophe. Terrorism is affecting all of us and out lives will never be the same again," the native of Burgundy told the Limerick Leader.

She said Limerick's growing French community have been left reeling by the atrocity, and invited French and Irish citizens alike to attend the vigil at 11am this Saturday for a "moment of reflection."

The Alliance previously opened books of condolences following the Charlie Hebdo attacks in Paris in January 2015, which claimed 12 lives, and after the attacks on the Bataclan nightclub and in other areas of the French capital in November 2015, when 137 people were killed.

They will not be opening a book of condolences on this occasion, as they feel it is just too painful at present, and fear other attacks. The Alliance also organised a march of solidarity through the streets of Limerick after the last attacks.

The truck driver in Nice was identified by police sources as Tunisian-born Frenchman Mohamed Lahouaiej Bouhlel, 31, who was known to police for crimes such as theft and violence, but was not on the watch list of French intelligence services.

Many children were among the dead, as well as French, German, American, Swiss and Armenian citizens, according to reports so far, while there are concerns for one Irish citizen.

Molly McGann, a fifth-year student at Laurel Hill Coláiste in Limerick, who is currently in Nice along with three other school friends to improve their French, was on the beach on Thursday night to watch the fireworks for Bastille Day, when the truck driver drove some 2km down the famous Promenade des Anglais, claiming 84 lives.

"There's a big group of us here from Ireland," explained Molly, on Live 95FM this morning, "and most of the time we meet up on the beach. We said we'd go down to watch the fireworks, there were about 15 of us, having a great time, having a ball, taking pictures and sending videos to our families."

She said that about ten minutes after the fireworks ended, they saw blue flashing lights and people starting to run.

"My friend told me to start running, and we ran as fast as we could. We were right along the Prom. It was quite scary, because we got split up and was very nerve-wracking."

She and her friend Roisin Howard, 17, from Fedamore, county Limerick, got separated from their fellow students, Roisin Begley, 17, from Clonlara, county Clare, and Mary Egan, 17, from Killaloe.

They bumped into a French family, who spoke English and told them what happened, and walked them home to safety, past many of the dead on the street.

"We're still on lockdown and haven't left the apartment yet. We're staying put. We're afraid to go down and see the damage. We're just watching the news," she said this Friday morning.

"It's such a holiday destination, we never expected anything like this at all. We can't believe that this has happened."

They are due to fly home in the coming days.

- Are you from Limerick and in Nice at present? If so, please get in touch with us by email at news@limerickleader.ie, call the newsdesk on 061-214503 or on Twitter @Limerick_Leader