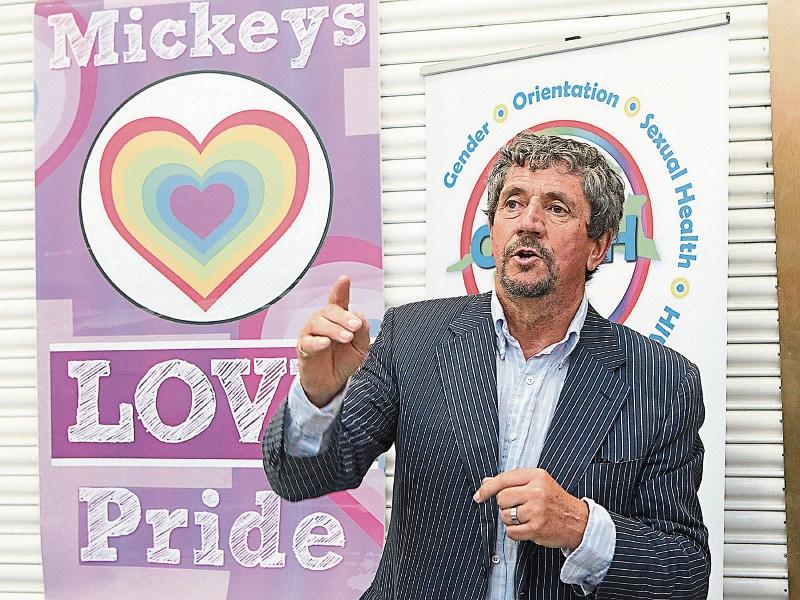 THREE lesbian, gay and transgender (LGBT) people from Limerick have shared their experiences of coming out, as part of a new exhibition.

Between now and Friday, the Belltable will play host to the ‘A Day in May’ photographic exhibition, which is based on the book by top journalist Charlie Bird.

In the weeks after Ireland’s decision to back marriage equality, Mr Bird toured the country logging the experiences of LGBT people.

Three were based in Limerick: Jenny Hannon, Caroline Jessica Stewart and Sharon Slater. And on Monday, portraits of them and the others featured in the book were put on display to mark the start of Pride 2016.

Jenny said appearing in the book was the first time her family in Dublin could read of her experiences.

“It was very healing, and I was so delighted I was able to do it,” she said. “Just because I am in a place where I am very comfortable, and consider myself a confident, mature woman, there are times we all feel vulnerable and we all struggle. To acknowledge that is a sign of strength.”

Caroline moved to Limerick two years ago after coming out as transgender to her family who rejected her.

The abuse from the people she thought were her nearest and dearest got so great, she had to contact the gardai.

“They said to me they have never seen any kind of threats like the ones I have received from my family. But I am proud to be in Limerick. I lost my family [in Tipperary], but I have gained a new proper family in the whole Pride community,” she said.

Sharon’s son Stephen, 18, wrote an open letter to reject the criticisms levelled by some groups about having gay parents.

Standing beside her eldest child, Sharon expressed her pride, saying: “When people were confronted with this, it changed their mind. When people finally got to see the child they were so terrified was going to be raised up poorly. I am very proud of him, and I was delighted he had the ambition to write from his own experience.”

Charlie said a play based on the experiences of those featured in ‘A Day in May’ will follow, and is confident it will come to the Lime Tree Theatre.

In September, he added a crowdfunding initiative will start in order to get a copy of the book – available to buy at O’Mahony’s – in schools.