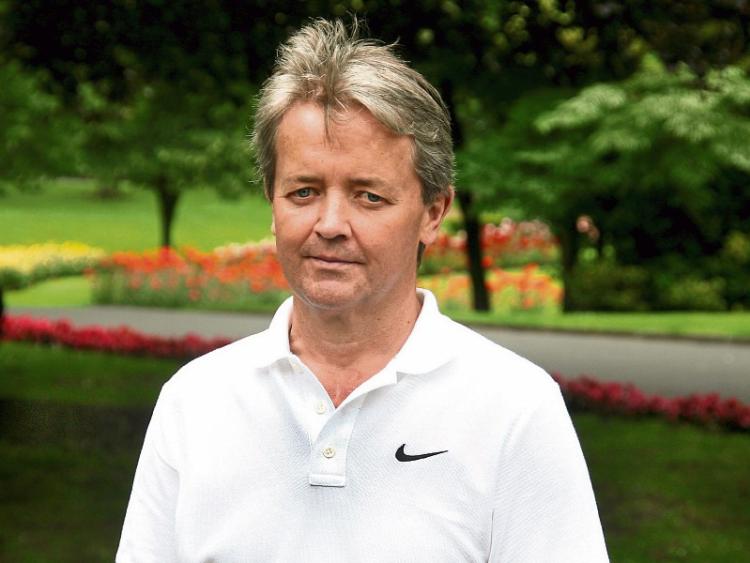 Johnny Mulligan, 51, living in Corbally, is urging people to donate to the dialysis unit

OVER 13,000 dialysis treatments were carried out in the University Hospital in Limerick last year – nearly double the number of treatments received there six years ago.

The youngest patient to receive dialysis in the hospital last year had just completed his Leaving Certificate, with the oldest patients in their 90s.

Over 90 people receive dialysis a day in Limerick – some 43 daily at UHL and 48 at the Fresenius Unit on the Dock Road, with whom the UL Hospitals Group has a service level agreement.

UL Hospitals has an arrangement in place with this provider for additional dialysis services to patients when the Dialysis Unit at UHL has reached capacity.

In 2000, 7,988 dialysis treatments were delivered at UHL and this rose to 13,199 last year, with patients also travelling from Clare and North Tipperary.

“Activity levels have increased for many reasons, including early intervention for diabetes, auto immune and other diseases,” explained a spokesperson for the HSE.

“All patients once stabilised on dialysis can be considered for a transplant, there is a series of tests which have to be performed to assess suitability,” they added.

Patients are seen in Beaumont, the national transplant centre, for final assessment and decision making.

The UL Hospitals Group is nearing completion on a new state-of-the-art dialysis unit, which will be located on the first floor of the Critical Care Block at UHL.

This major project for the region is being generously supported by the Mid-Western Hospitals Development Trust with support from the JP McManus Pro-Am Committee.

“There is growing demand nationally and in this region for dialysis and the new unit is a key requirement for UL Hospitals. The development comprises a 24-bedded unit, including four isolation rooms and five four-station bays, which will be state-of-the-art,” they said.

Limerickman Johnny Mulligan, who was in a coma for 50 days after suffering an aneurysm, a stroke and now has kidney disease, is holding a golf classic this Friday, July 15, in Ballyneety golf club, to raise funds for the dialysis unit in UHL.

The father of two from Janesboro, now living in Corbally, undergoes renal dialysis three times a week, for five hours at a time, and will do so for the rest of his life.

“I never knew what dialysis was until it came to my doorstep. I call the staff there my dialysis angels. The care of the staff in these wards was really second to none.

“They couldn’t do enough for me or my family. They were people who really deserve credit, especially Dr Michelle Gaffney and Liam Casserly. Only for them I wouldn’t be here,” he said.

Johnny explained that his life changed at 9.30 one morning in October 2014 when he went to the doctor, complaining of a severe headache.

By that afternoon he was on an operating table in the University Hospital in Limerick, after a catscan showed his headache was actually an aneurysm.

He missed out on Christmas with his young children – Evan, now 12, and Katie, eight – while his partner of 14 years, Joan Fitzgibbon, a midwife from Dromcollogher, attended at his bedside each and every day.

He now undergoes renal dialysis three times a week, for five hours at a time, and will do so for the rest of his life. The golf classic in Ballyneety golf club will be held on Friday, July 15 to raise funds for the dialysis unit in UHL. Contact 087 7448280 to sponsor or participate.