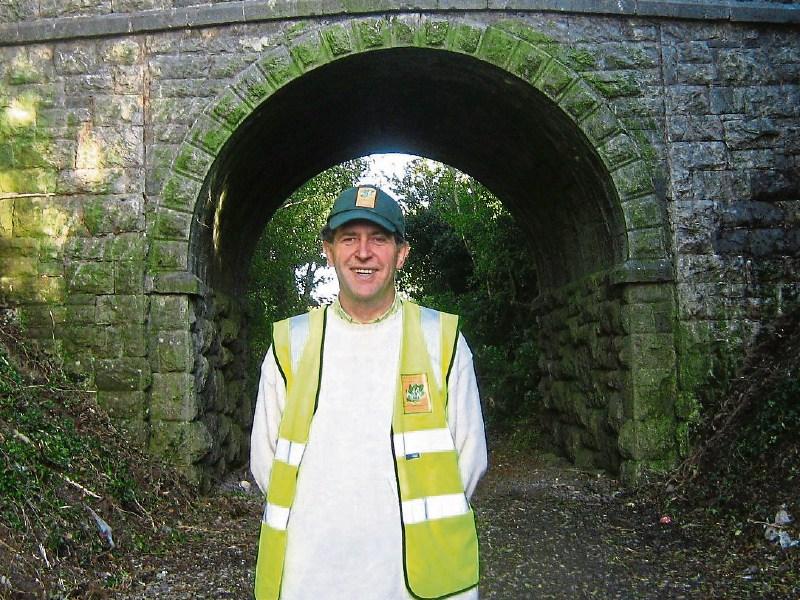 Minister for Transport, Tourism and Sport  Shane Ross recently announced funding of over €3.5m for what he described as “shovel-ready” greenway projects in in Kildare, Meath, Longford and Westmeath.

And he listed rural regeneration, job creation and tourism development among the benefits of Greenway projects.

“We are pleased that greenway projects are being funded,” Mr O’Mahony said. But he was gravely disappointed that yet again, the extension of the GST to Listowel had been overlooked.

“Over 1700 people in the Listowel area signed a petition supporting such a project,” Mr O’Mahony pointed out.

And he criticised the “snail’s pace” of Kerry County Council for failing to expedite the transfer of the land from CIE and  let the project go ahead. A

He contrasted Kerry’s inertia with the  energy of  Waterford County Council which has been powering ahead to develop a 50km trail from Waterford City to Dungarven.

“Kerry has deservedly been accorded accolades for its scenes in Star Wars,” he said. “ Unfortunately, when it comes to Greenways it is definitely orbiting in a different planetary system to Waterford.”

Mr O’Mahony however also blamed  the “residual opposition” of some landowners along the 10km track for holding up the project.

“It is now over three years since the big stand-off at the border,” he continued, referring to a protest by a group of landowners in 2013.

“There is a small number of people who are residual objectors,” he continued. “They were there 25 years and they must be smiling now that they are having such an influence that they can stymie a natural development of the unfinished trail which is designated as a Euro Velo route.”

The GST Group had carried out an aerial survey of the 10km track, he added.

As the first greenway in the country, it made sense for the Great Southern Trail to extend through Listowel and on to Tralee, Mr O’Mahony argued.

This would add 50km to the trail, making it the longest greenway in Ireland and right on the doorstep of Shannon and Kerry airports., with all the potential inherent in that for tourism and rural regeneration.

It was now time for the government to “knock heads” together and get the project moving again, Mr O’Mahony said.