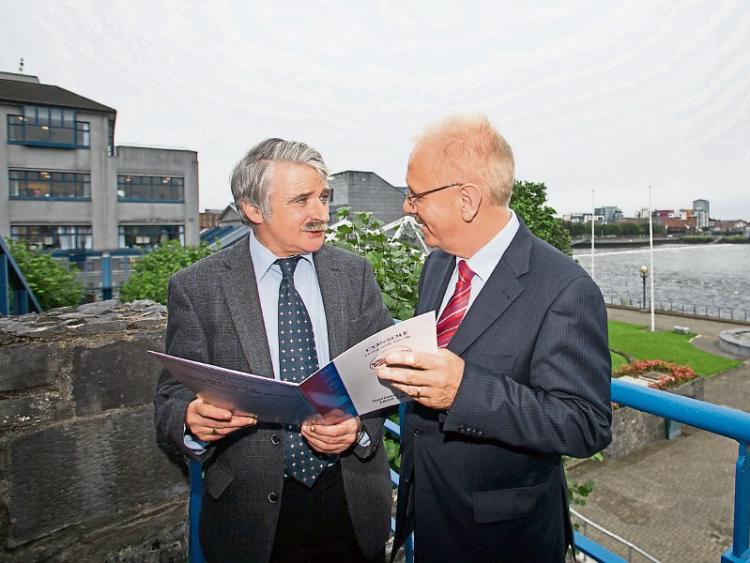 LIMERICK could be among the regions most affected if its Console services cease, following the revelations of  spending by its founder and a number of family members, which continue to unfold.

Sinn Fein deputy Maurice Quinlivan said there needs to be much greater accountability of charities such as Console, which helps families bereaved by sucide, and are funded in part by the Health Service Executive.

Deputy Quinlivan said he and his offices have referred people affected by suicide or depression to Console, or Pieta House, at least once a week.

“Repeated scandals like this, after Rehab last year, are damaging charities at large. Why wasn’t Console regulated all along, given the doubts that appear to have existed? Limerick has the second highest suicide rate in the State, and it’s very public because of the river, and a lot of people depend on these services.

“The HSE has the responsibility to ensure that public money isn’t spent on lavish suits, clothes, or family holidays, but on the services that we need,” he told the Limerick Leader.

Fianna Fail deputy Willie O’Dea described the allegations of spending at the charity Console – which were revealed in a recent audit – as “absolutely reprehensible and horrendous” and said those involved “should face the full rigours of the law”.

“I hope the gardai are now investigating this. For monies to be taken from a charity which is set up to help families bereaved by suicide is so morally wrong,” he said.

Deputy O’Dea was introduced to Paul Kelly, the founder and former chief executive of Console, who has now resigned and is under medical attention, at a coffee morning in the Mayor’s office in Limerick in 2012 to mark the charity’s 10 years in existence.

At that time the then Mayor of Limerick, Gerry McLoughlin, and former Munster rugby player, spoke of his own battles with mental health and praised the work of Console.

The audit reveals details of how Paul Kelly, his wife Patricia and their son Tim benefitted by almost €500,000 in salaries and cars between 2012 and 2014 with a further €500,000 spent during that period on Console credit cards for items including groceries, designer clothes and foreign trips. Between them Paul, Patricia and Tim Kelly used 11 credit cards over the three year period.

Among the items the cards were used for, were large cash withdrawals, trips to Australia, New Zealand, Singapore and other destinations, designer clothing in outlets such as Ralph Lauren and Hugo Boss, dining out, rugby world cup tickets and dental work.

Kelly set up Console after his younger sister died by suicide, and it has offices in Limerick, as well as eight other locations around the country.

It has now emerged that more than half of total credit card spending between 2012 and 2014 was in the name of a nun, a former employee, who had not worked for the charity since 2009.

The credit card in her name was in fact upgraded from a business to premier card in 2013.

The Office of the Director of Corporate Enforcement has now launched a criminal investigation into the suicide prevention charity.

The office has wide-ranging powers to search for and seize documents where breaches of company law are suspected.

In the past week, Fianna Fail deputy Niall Collins has also called on the HSE to publish audits, which it has carried out on 27 charities, to ensure greater transparency within the sector.

Deputy Collins says confidence in the charity sector has suffered following on from the revelations about Console, and he wants to see this restored.

“There are hundreds of charities across this country which provide excellent services to vulnerable people and we must ensure that these organisations are protected.  The scandal at Console risks damaging their reputations, as well as that of the charity sector as a whole.

Meanwhile, a Limerick woman, who lost her husband to suicide when he was 59, has said she feels “sick” about revelations of financial mismanagement at the suicide bereavement charity.

The woman, who does not wish to be identified, received counselling from Console in Limerick after her husband took his own life in 2014. “I was devastated beyond belief, absolutely devastated,” she said.

“A friend of mine has fundraised for Console, did the Camino walk for them, and asked a huge circle of people for money, and now she can’t even look at them.”

The woman praised her counsellor in Console, whom she saw for over a year, and said many counsellors with Console are also feeling “betrayed”.

“I hope it doesn’t adversely affect them, because the work that they do is fantastic and their frontline staff are amazing. They have helped pick me up, and many others like me, off the floor when I needed it most,” she added.

“The money that those people took and spent on themselves could have provided another helpline. They reduced their helplines from six down to two. There are only two helplines left for the whole country, for people who are feeling suicidal or people who are affected by suicide.

“And is there somebody, somewhere who tried to call for help and couldn’t get through because there were only two lines? And is that person now in their grave? We will never know that.

The president of the Irish Association Of Suicidology Dan Neville said while he was disappointed in the Console revelations, he wasn't surprised.

“With the HSE prepared to substantially front him, I suppose we took some comfort in that.”