Mother of miracle toddler says she is 'overwhelmed' by support 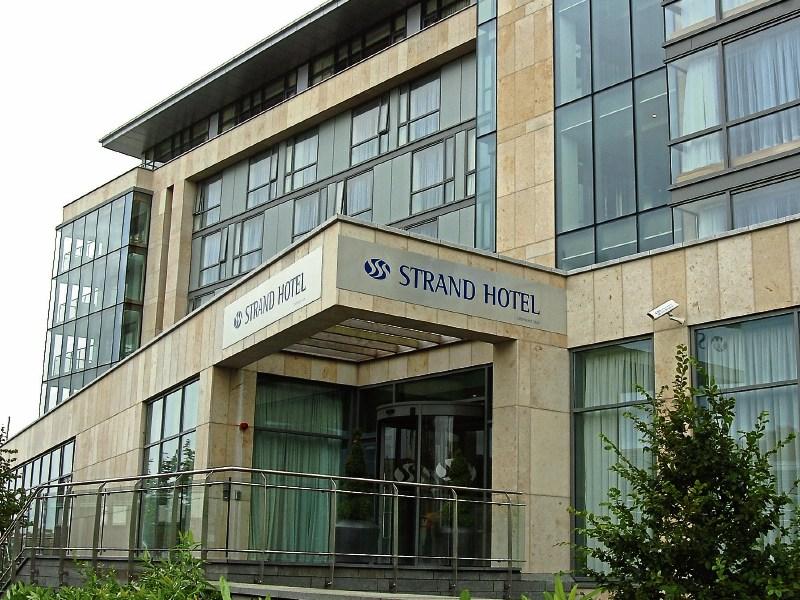 The Strand Hotel, where the incident occurred

THE mother of a two year old boy who fell from the sixth floor of a hotel in Limerick has said she is "overwhelmed" by the love and support she has received since the tragic accident.

Miracle toddler Neil Shanahan from Farranshone in Limerick city is in a stable condition in hospital after falling 20 metres from a balcony on the top of the Strand Hotel in Limerick at lunchtime last Saturday.

His parents Michael and Martina have been keeping vigil at his bed side in Temple Street Hospital in Dublin, where despite sustaining serious injury his condition is now described as stable.

In a Facebook post the toddler mum's Martina Collins, shared a photo of a wall hanging over her son's bed at the Intensive Care Unit in Temple Street Hospital.

The wall hanging shows a little boy with a parachute.

"This is the image above our little boy's bed at the Intensive Care Unit in Temple Street. Neil fell six stories on Saturday from the top of the Strand Hotel and despite sustaining serious injury we are pleased he is now stable," Martina wrote.

"We are overwhelmed, yet again of the amazing love and support of a wonderful family and many friends and neighbour's. Prayers of healing at St Munchin's Chruch Thursday at 6pm, With much love in our hearts Mike and Martina xxxx".

The Shanahan family had been attending a parish coffee morning organised by the Farranshone Resident’s Association in the Strand Hotel when Neil, the second youngest of three children, wandered off.

The community gathering was held on the ground floor of the hotel. However unbeknownst to those involved in the search for the toddler - which was initially concentrated in the immediate vicinity - the two year old had made his way into a lift and managed to travel to the sixth floor of the hotel from where he climbed out onto a balcony and fell 20 metres.

It is understood the two year old's fall was broken by a table on an outside seated terrace area.

The toddler was initially cared for at the scene by a doctor who happened to be in a nearby hair salon and who rushed to his aid before the ambulance arrived and he was taken to University Hospital Limerick.

He was later transferred to Temple Street Children’s Hospital in Dublin.

Limerick Fianna Fáil TD Willie O'Dea, who came upon the scene of Saturday’s accident, has encouraged as many people as possible to attend Thursday's mass at 6pm in St Munchin’s Church at 6pm where locals will gather to pray for Neil’s full recovery.

“His family are obviously devastated. It was an horrendous thing to happen; it’s impossible to put yourself in the place of the family and imagine what they are going through, but I suppose the best contribution we can make is to hope and pray for his safe recovery and that is the purpose of the mass on Thursday evening,” said Deputy O’Dea.

“I imagine it will be well attended. I think it should be well attended and if it’s at all convenient for people they should turn up and join in prayers for his recovery and also to show support and solidarity with the family.”

The newly elected Mayor of Limerick Cllr Kieran O’Hanlon said he has received many calls to his office from people concerned about the welfare of the little boy.

Mayor O’Hanlon said: “It is a living nightmare for his family. Our thoughts and prayers are with him. Sometimes we believe in miracles, and hope he will pull through.”

The mayor – a father-of-four and a grandfather to two toddlers – added: “Parents can do everything they can to mind kids, but you turn your back for a minute and they are gone. It’s very hard. It is so difficult.”