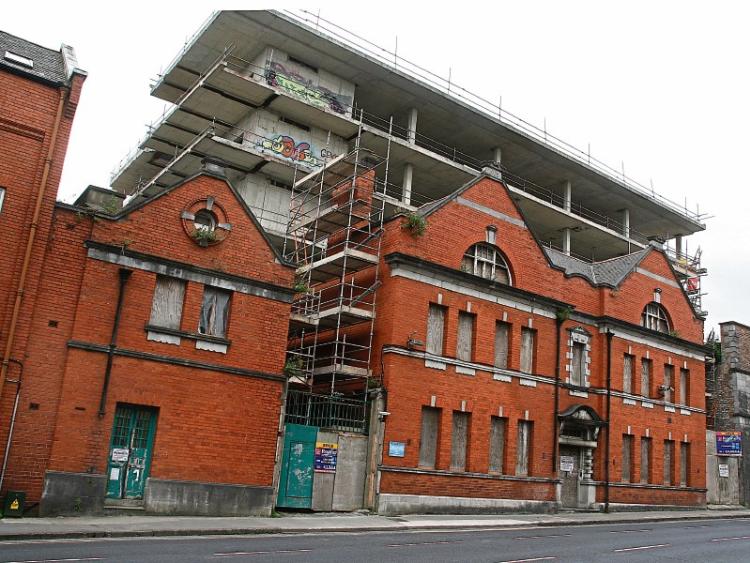 Construction, which is expected to take 12 to 18 months, will start before the end of 2016, according to the council Picture: Adrian Butler

THE first step towards the redevelopment of the city centre Hanging Gardens site has commenced this week.

According to a spokesperson for Limerick City and County Council, construction will take 12 to 18 months, and is expected to commence before the end of this year.

This project is part of the council’s Limerick 2030 economic plan, which will also see the development of the Opera Centre site. Planning for the Patrick Street and Ellen Street site will be lodged by the end of 2016, according to council executives.

Mayor of Limerick City and County, Cllr Kieran O’Hanlon said that he is “delighted that [he] will be able to oversee the work.

We need as much business as possible in the city centre. I spoke to a number of businesses in the area, and they really want to see the city coming to life.

“With Brexit, I think it is going to be difficult for Ireland, but there may be opportunities for Limerick. I would like to see banks and financial services coming to Limerick.

“You can see the effects of Uber in Thomas Street. First, it’s extra jobs, but then you have people going down town, buying a cup of tea, going on their lunch break, having a pint after work.

“It is a spin-off, and it is about bringing the city centre back to life. I think we are going the right direction,” he said.

He also commended the council for purchasing the Hanging Gardens and Opera Centre site.

“When we were trying to get private investment at the time, it was impossible.

“So, the council took a very brave initiative there, and I am sure we will be seeing the fruits of that investment in the city and county,” he enthused.

Metropolitan district mayor, Cllr Michael Hourigan said that “we need to some cranes and some physical evidence that work is going to begin”.

“This is a matter of urgency. We need to see this prioritised.

“We have suffered enough from years back with the donut effect. There are new shops opening in the city centre, and we need to keep that going. And it is the responsibility of all the councillors, of every party and every colour, to support any initiative going forward,” he told the Leader this week.

He said that the council has assured him that the Hanging Gardens will be the first development, and that the Opera Centre site will “not be too far behind it”.

Limerick City and County Council has earmarked €16m for the development of the Hanging Gardens site in its capital programme 2016-2019 and €3m for the Opera Centre site.