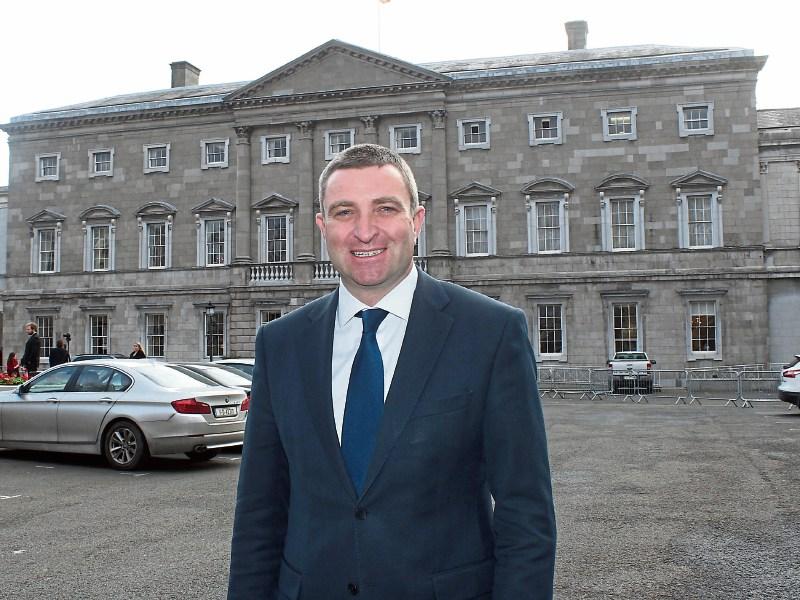 AS CABINET talks intensified on Tuesday over an upcoming Dail vote on abortion in cases of fatal foetal abnormalities, Limerick deputy Niall Collins has outlined his intention to support the divisive amendment to the Protection of Life During Pregnancy Bill.

“A diagnosis of a fatal foetal abnormality is one of the most tragic any woman and her partner can face,” the Fianna Fail deputy said in the Dail.

“The period during which a woman is pregnant is presumed to be a happy one, filled with expectation that a healthy child will be born after nine months.

“Being faced with a diagnosis of a fatal foetal abnormality is every parent’s nightmare. While it is still very rare, it is very hard to listen to parents who have been given such a diagnosis and who have to book a flight to the United Kingdom to terminate the pregnancy as there is no chance the baby will actually live when born.”

He said when deputy Clare Daly published a similar Bill in 2014, he supported it, and he fully understands the difficulties certain deputies and senators have in supporting it.

On this occasion Fianna Fail deputies will be free to vote as they personally choose.

“Some will argue the Bill does not go far enough, but there is an onus on all of us in the Houses to act responsibility and sensibly on this issue. Our approach should not be divisive and should encourage an open debate. There is no point in labelling people who have different views which are deeply personal and deeply held.

Deputy Collins said that he considers himself “pro-life in general”, but in a case involving the rare diagnosis of a fatal foetal abnormality, he believes that “it is wrong to send the woman and her partner overseas to have the pregnancy terminated, even where it is clinically recommended”.

“This is an issue that should be dealt with between the woman and her medical experts here. These are, thankfully, extremely rare cases which require specific and special attention.

“I do not believe abortion on demand should be introduced in Ireland, but I do believe the majority want the issue of fatal foetal abnormalities dealt with in the Constitution. We face conflicting difficulties when we must provide for complicated medical procedures. I find it difficult to oppose the Bill and will support it because I would not like our clinicians and those who deal with this issue to have their hands tied, whereby the only thing they can do is to tell someone to travel to the United Kingdom.

Earlier this week, Finance Minister Michael Noonan played down reports of divisions in cabinet over saying it was up to the Independent members to decide how they vote.

“They are not members of Fine Gael so it is up to them to make their decision, and it looks like Shane Ross is deciding in a particular direction,” he said.

Asked what it says about government cohesion and stability, he said: “I don't think it says anything.”

The Bill to be brought forward by Mick Wallace is identical to a Bill proposed by Independent TD Clare Daly to the last Dáil.

Attorney General, Máire Whelan informed the then coalition government that Ms Daly’s bill was unequivocally unconstitutional, in her opinion.