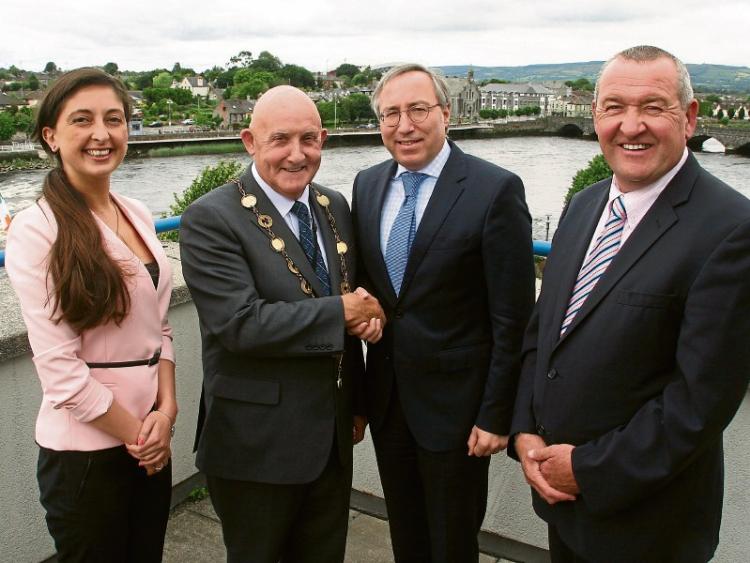 LIMERICK could be in line for a twinning agreement with a province in Georgia following a visit to the city by the country’s ambassador to Ireland.

George Zurabashvili was in the city yesterday, where he met with Mayor Kieran O’Hanlon and discussed different links Limerick can build with a country which lies at the eastern extremity of Europe.

At the meeting, Mr Zurabashvili proposed a twinning deal between the Georgian province of Samtshe Javakheti to the south, or Imereti, in the centre.

Further meetings are planned between the Embassy of Georgia in Ireland and the council, before Mayor Kieran O’Hanlon will put the plan before council members.

“We need to create something we can use as a platform for co-operation, and the partnership. It will be a nice pitch, a kick off from which we can build our friendship and partnership,” said the ambassador.

Limerick already has a strong connection to Georgia, Mr Zurabashvili added, with leading figures in political and business life in its capital Tblisi graduating from the university.

These include the former foreign minister of Georgia, Tamar Beruchashvili, now the Ambassador to London, plus Irakli Gilauri, the chief executive of the nation’s largest financial institution, the Bank of Georgia.

His brother Nika Gilauri, a former Georgian prime minister, also studied at the University of Limerick .

Mayor O’Hanlon said: “I think there are a lot of possibilities we can explore. There is a lot of potential there.”