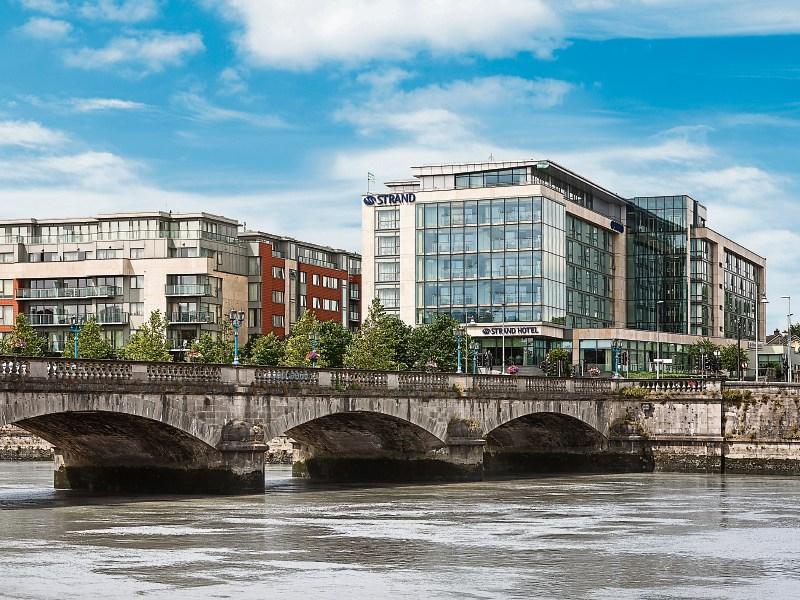 The toddler fell from the sixth floor of the Strand Hotel

A TWO-YEAR-OLD boy who was criticlly injured after falling from the top floor of the Strand Hotel has been transferred to Temple Street Children’s Hospital in Dublin.

The toddler, believed to be from Farranshone on the city’s northside, suffered multiple injuries as he fell from a balcony on the top floor of the hotel before 2pm yesterday.

He was initially cared for at the scene by a doctor who happened to be in a nearby hair salon.

Following this, he was rushed by ambulance to the University Hospital Limerick, and was transferred this morning to Temple Street.

A hotel representative said their thoughts and prayers are with the injured boy's family.

The spokesperson confirmed the incident took place at lunchtime and said the hotel is working closely with the gardai and local authorities to establish how the accident occurred.

It's understood the boy's family were not guests at the hotel.

Well known hairdresser Niall Colgan, who runs a salon underneath the Strand Hotel, took to Facebook to say it had been a “very upsetting afternoon in O’Callaghan Strand” on Saturday.

He praised a client of his for coming to the child’s aid while waiting on an ambulance.

“She is a well-known and respected doctor who may have been instrumental in those few minutes,” he wrote.

Niall also paid tribute his staff for their conduct, “although we are all in deep shock”.